Every year before May 9, Victory Day, a parade rehearsal is held in Moscow.

Every year (or rather, last four or five years) traditional representatives of the so-called “creative class” have been whining and moaning about it.

They complain that they are terribly inconvenienced by these rehearsals because they as taxpayers do not want their money wasted on useless parades.

They do not want to sit in traffic jams and consider proposed alternative to use public transit unacceptable.

Before this year’s parade, some commentators have crossed all limits.

For example, the deputy editor of Moskovsky Komsomolets newspaper Eider Muzhdabaev wrote on Facebook that on Thursday, April 25, the capital of Russia was in a dead traffic jam deliberately and cynically imposed on the city residents.

He continued that media called it a rehearsal for the Victory Parade, but instead it should be called a deliberate killing of innocent people no better than the Holocaust, albeit on a smaller scale.

This was followed by a discussion of the emergency vehicles unable to reach dying patients. In conclusion, Muzhdabaev called it fascism, “Ritual killings for Victory Day.” 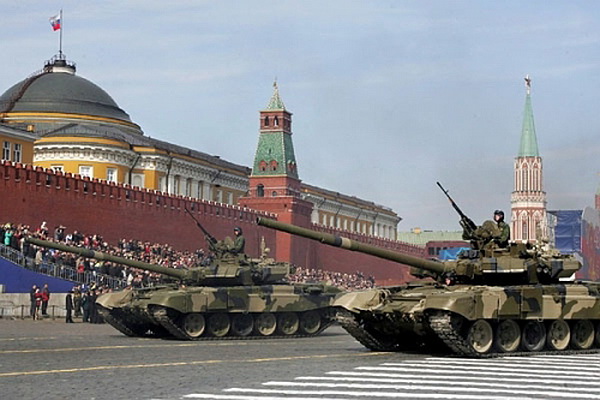 An actor Vladimir Bagramov wrote that “Patriots” should burn along with their parades.

Radio station “Echo of Moscow” published these comments on the main page of its website in an attempt to attract attention.

Such insane commentary occurs only before May 9, Victory Day. Before the New Year, for example, traffic jams in the Russian cities are often much worse.

Of course, the editor of “MK” provided no data on the number of deaths caused by the parade rehearsal.

A correspondent of Pravda.Ru was told by a representative of the Department of Health in Moscow that “Fortunately, no one died” because of traffic jams caused by the rehearsals.