In 1999, when Russia was considered freer than now by all Western accounts, there were about 3 million Internet users in the country.
Today, the number is somewhere between 30 million and 40 million. Some 80 percent of the politically active citizens have access to the Internet. This is important because the web is free, uncensored and open to any point of view imaginable.
To its discredit, the Russian Internet — as in most countries — is unruly, foul-mouthed, scandalous and amateurish. But it is also incredibly rich, diverse and vibrant. It consists of the online version of print and broadcast media, many web-only magazines, a vigorous and politically active LiveJournal-centered blogosphere and innumerable forums and discussion boards.
Reporters Without Borders, which is usually critical of the country, recently issued a report titled “The Enemies of the Internet.” The report omitted Russia from the list of countries that infringe on Internet freedoms. This in itself drew an angry reaction from those who made a career by telling the West how bad and dangerous the country is. One good example: Yevgeny Morozov’s March 30 comment in The New York Times, “Propaganda.com,” which claimed that Russian authorities strangle dissent simply by the fact that many people pay by downloaded megabytes.
In general, the issues of censorship and the government interference are overblown. The most vigorous public protests in recent years were against the monetization of social benefits in the winter of 2005. They were led mainly by pensioners — those same babushkas who watched government-controlled television and did not have access to the Internet.
Even discounting the chaotic nature of the web, there is plenty of Russian-language material on political and social issues that is well-written and represents a wide range of views. This does not mean, though, that most Russians are well-informed of the important political and social issues of today. But this is largely a matter of personal choice, not government restrictions. If somebody is too lazy to make just a few clicks to read and become aware of various issues and points of view, maybe he deserves to be fed bland, one-sided government propaganda.
This is not only a Russian problem, of course. When the United States was about to invade Iraq in 2003, the administration of George W. Bush had fairly little trouble convincing Americans of the immediate and grave danger posed by President Saddam Hussein. It was not because alternative views were formally censored or difficult to find. It wasn’t because of the strength and clarity of the U.S. government’s case either, which was full of misleading and incorrect information. It’s because the society on the whole wanted to believe those lies, to take revenge on somebody for the huge shock of Sept. 11.
When people set themselves up to be deluded, they will be deluded, no matter what the ownership structure of the national media or how many independent television channels there are in the country.
Russia does not have a problem with access to news and a diversity of opinions or even the ability to the expose government’s misdeeds and corruption. The real problem is that there is no efficient mechanism of translating news and public debates into policy changes. This is not primarily the fault of the media itself or even the government interference and censorship, real or alleged. It is the problem of immaturity of the political system and the lack of effective opposition to the dominant United Russia party. This will not last forever, of course. And the media landscape that exists in Russia today — even with all of its weaknesses — will be helpful in bringing changes for the better.
Kirill Pankratov

This joke to internet in Russia , 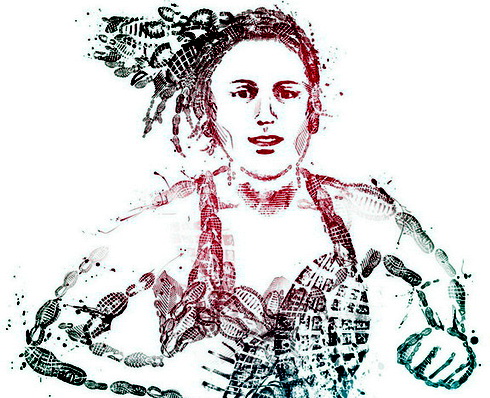 A marathon tests YOU.