The Russia-Georgia war last August demonstrated Moscow’s assertive stance in foreign and security policy, of which military power is one of its major instruments.

But the short five-day war showed that much of Russia’s weaponry is obsolete and that its ability to conduct skillful warfare is limited.

Although Russian forces were victorious against their southern neighbor, whose active military personnel numbers about 36,000, compared to Russia’s one million, the Georgian conflict clearly demonstrated the shortcomings in the Russian armed forces.

After the conflict, President Dmitry Medvedev concluded that these shortcomings should be corrected by instituting military reforms and procuring new, modern weapons systems.

But the successful implementation of these plans has been hampered by the political elite, which put far too much emphasis on nuclear modernization, as well as by the military elite, who continue to think and act in a Cold War framework.

Military operations in the West take a completely different approach.

Every aspect of warfare at all levels of the spectrum — from evacuation of noncombatants to full-scale war — is covered within one single operation.

This concept is often referred to as a “three-block war.” These comprehensive operations demand specific doctrines and a military force that can cope with any task at the same time.

Examples of this concept can be seen in Iraq and Afghanistan. Furthermore, Western military forces have expeditionary capability and can be deployed far away from the homeland at short notice.

This requires highly skilled permanent forces that can perform strategic air and sealifts and that have high-tech equipment for communications, command and control, and intelligence. 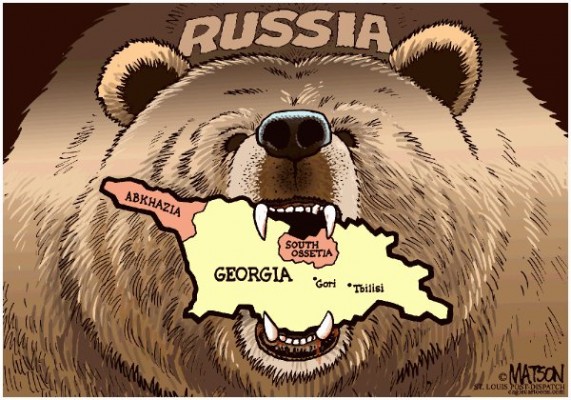 As a result of Sept. 11, Western armed forces also have to strengthen homeland security to avert terrorist attacks. To do so, close cooperation with police and other nonmilitary security agencies is necessary as part of a larger coordinated and centralized command at a national level.

These security demands have completely restructured the Western military apparatuses from what they were during the Cold War.

When Vladimir Putin served as president, he set several ambitious foreign policy goals, but they required a highly skilled, modern military force that could be deployed at short notice anywhere in the world.

“The Priority Tasks of the Development of the Armed Forces of the Russian Federation.”

It rightly focused on local conflicts as a defense priority as opposed to large-scale conventional wars.

The modern-day threats of extremism, separatism and terrorism were listed, but there were also traditional, worn-out Cold War vestiges in the strategy document, such as expansion of military blocs and military presence in traditional regions of Russian interest.

Under Medvedev, current modernization plans assume a realistic approach toward building a modern military. If these measures are carried out, they would cut some of the deadweight from the officers’ ranks, establish a professional noncommissioned officers corps and increase the number of combat troops.

Western armed forces have largely demilitarized obsolete, Cold War-era unit levels, such as divisions and army corps. In their deployments overseas, brigades and battalions are the commonly used units.

The Russian reform plans intend to do the same. Furthermore, most large unfilled framework units will be dissolved in order to focus on permanent ready units.

If successfully carried out, these measures will increase the combat readiness of the armed forces. Additionally, the planned massive introduction of modern weapons and equipment as of 2011, as well as the formation of airborne rapid reactions forces, can create the capacity to conduct power projection abroad.

But it is doubtful whether there is any real chance that the restructuring of the armed forces will succeed. The military and political leadership are fond of announcing ambitious new military reform programs, but none of them have been carried out to any serious degree.

The attempts at reforms are constantly thwarted by the country’s generals and a lack of political will.

Currently, Defense Minister Anatoly Serdyukov is confronted with severe opposition from the military leadership, who remain focused on large-scale warfare against the United States and NATO.

Although Russia’s defense budget rose rapidly during Putin’s two presidential terms, there was no considerable improvement of combat readiness because of rampant corruption and the inefficient allocation of resources.

In addition, the global financial crisis has hit Russia more severely than most other nations. As a result, diminishing federal funds will probably be spent on efforts to avoid social unrest than on improving military capabilities.

Furthermore, the military and political elite still consider nuclear arms’ modernization to be its top security priority. But without modern-day armed forces, the Kremlin will not be capable of handling internal irregular conflicts nor of conducting operations abroad.

Lieutenant Colonel Marcel de Haas is senior research fellow at the Netherlands Institute of International Relations Clingendael. His book “Russia’s Foreign Security Policy of Putin, Medvedev and Beyond” will be published in February.