In addition to streets and buildings ruins scientists found remnants of the water system, metallurgic furnaces, and mines. It is also believed to be one of the strongest anomaly zones in Russia.

It is worth mentioning that Arkaim, a fortified settlement of the Bronze Age was built with four entrances to the city strictly oriented at cardinal points.

It was built according to a previously designed plan, with a high level of precision.

All circumferences have one center where all radial feeders meet together. This circular structure is star-oriented, and the design itself looks like a model of the Universe.

The famous Stonehenge, a mysterious circle of upright stones, has fewer astronomically traceable events. Interestingly enough, both architectural structures are located at the same geographical latitude. 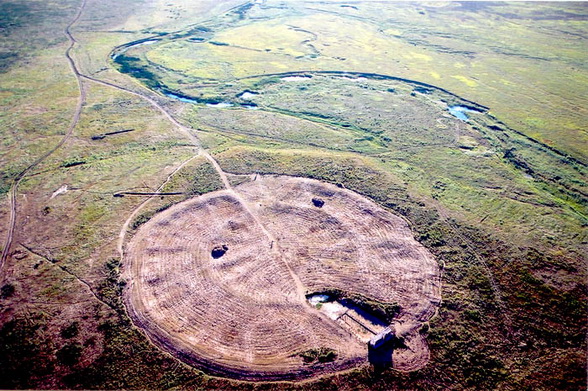 Arkaim is interesting not only as a historic monument.

There is a great deal of evidence suggesting that it is one of the strongest anomaly zones in Russia. UFOs were observed in the area on several occasions shaped as light flashes, moving circles and fog clusters.

Locals believe it to be a sacred place. Pilgrims come here all year round to get some healing water from the Bolshaya Karaganka River, and in the summer they coat themselves with clay. They say it helps treating skin diseases.

There are several spirals next to the fortress that tourists made out of local stones. It is recommended to walk on them barefooted or even better, naked, then stand in the center of the spiral and make a wish. 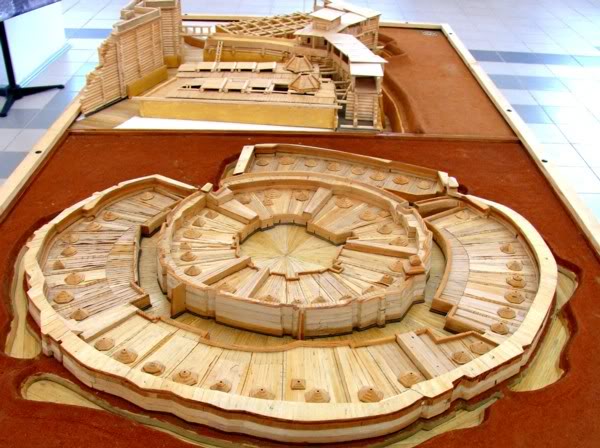 The mountains surrounding the fortress are also unusual. The most famous one is Shamanka (or Bold Mountain). People climb to its top to get some positive energy, pray or meditate. People in serious medical condition are brought there for healing.

Visitors come to the top of Repentance Mountain to ask for forgiveness. Love Mountain is believed to bring personal luck.

The nearby Male Forest is visited by women who have relationship problems. The rumor has it, a walk in this forest will make a woman popular with men. 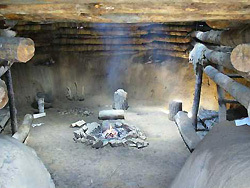 The growth near Grachinaya Mountain (also called Blessed) is infamous.

Birch trunks there are abnormally crooked at the bottom. They say people cannot stay there for too long, otherwise they risk losing their mind.

Once during archeological excavations a female student heard a voice that called her to the center of the structure.

She went there alone, and cried for a long time when she came back. She said she met ghosts of ancient Arkaim residents. She had to be sent to a psychiatric facility.

Valery Chudinov, chair of the Ancient and Medieval Russia research, told Pravda.ru about the mysterious corners of Arkaim complex.

“There are at least two places that should be called Arkaim. The first, conventional Arkaim, is the ruins that are shown to tourists today.

The second Arkaim is located a little further, in a place where excavations are still going on and where visitors are not allowed. And finally, the third Arkaim, where for some unknown reasons even locals do not go to.

We were especially impressed by the so called Drunken Forest where nearly all trees have crooked trunks.

It is interesting that there are burn marks on some trees in various places, but they do not look like lightning tracks. Possibly, there are crust fractures which promote the egress of energy flow that left the marks on the trees.

You have to be careful there because energy flows can affect the body both positively and negatively.

Halloween during COVID-19, use mask in Halloween!

We know very little about the animal world

One thought on “Russian Stonehenge.”