Arms show finished in Rio on April 18. Many believe that Russia has been developing the Latin American market steadily, although it is not quite so. A certain amount of progress became possible as a result of the restrictions, which the USA imposed on its own military cooperation with the countries of the region.
The law, which entitled the USA to put obstacles to other countries in their arms deals, was passed in 1992. The law particularly banned the sales of weapons and military hardware containing US-made components. This is exactly what Latin American countries like doing. In 2006, the US administration embargoed arms shipments to Venezuela and accused its President Hugo Chavez, of supporting extremist groups like Columbian rebels from FARC.
The countries of the region had to look for other sources of arms. Russia and its developed defense industry seemed to be an attractive alternative, but Russia is a rare guest on the Latin American market. Cuba is entirely armed with Russian-made aircraft. Peru buys Su-22M3, MiG-29 fighters and Mi-24 choppers. Nicaragua also has Mi-24, but this is basically all that the Russian defense industry has in Latin America.
A breakthrough was achieved in 2008, when Russia delivered 30 Su-30 fighters to Venezuela. This aircraft is considered the best strategic aircraft. As for Brazil, this country has a national maker, Embraer, which manufactures a quarter of the region’s planes.
Russia needs to modernize its defense plants and increase the volume of state investments in the national defense industry not to lose its foreign customers. Russia’s Defense Ministry buys only 15 percent of the amount of products that the nation’s defense enterprises produce.
In addition to investments, Russia also needs talented personnel. The country’s defense enterprises neither employed nor trained engineers during the 1990s. Therefore, those who are currently employed in the defense industry are aged between 50-60.
It will be even harder to find good pilots. Russia will not be able to have the first-class air crew by 2015 – no one will be able to pilot fifth-generation aircraft.
If Russia maintains the current level of arms shipments by 2017, Russia’s air fleet will become outdated (aircraft will be in use for 20 years). The number of planes will drop to 45 percent against the level of 1992. The nation’s defense capacity will reach the level it had at the end of the 1980s only after the year 2035, if Russian authorities take no adequate measures.
Vladimir Anokhin 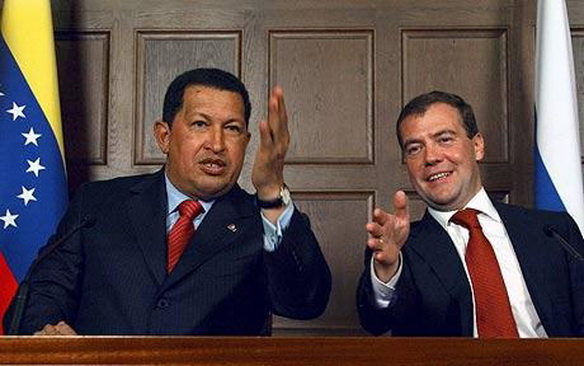