Immortality is the ability to live forever.

It is unknown whether human physical immortality is an achievable condition.

Biological forms have inherent limitations which may or may not be able to be overcome through medical interventions or engineering.

Natural selection has developed potential biological immortality in at least one species, the… jellyfish Turritopsis nutricula.

Mice injected in the body with a solution containing these organisms, were healthier and lived longer than their counterparts.

Have the scientists discovered the secrets of immortality?

The strange bacillus found in mammoth Mountain in the Siberian Republic of Yakutia is three million years old and appears to have special mechanisms which allow it to stay alive in the most inhospitable temperatures and conditions.

It successfully shares at temperatures of five degrees Celsius above zero.

The Bacillus, Bacillus F, was injected into mice and increased life expectancy, having a positive impact upon the quality of life indicators of older specimens.

The scientists involved in the study suspect that the Bacillus has properties which allow it to survive and create specific immune systems, according to the team leader, lead researcher of the Institute of Chemical Biology and Fundamental Medicine Academy of Sciences of Russia, Nadezhda Mironovoa.

In addition, the researchers examined mice that were injected with this Bacillius F, using MRI and found the existence of two types of mediators that were significantly higher:

this is glutamate and taurine, and have properties of immune regulation and prolonging life expectancy the cell.

In this case, the first mediator is “responsible” for psychic stimulation, and second – by energetic processes.

Thus, the metabolism of the vaccinated mice was accelerated, and if calculated according to age, in animals injected with bacteria, is 20-30% higher. 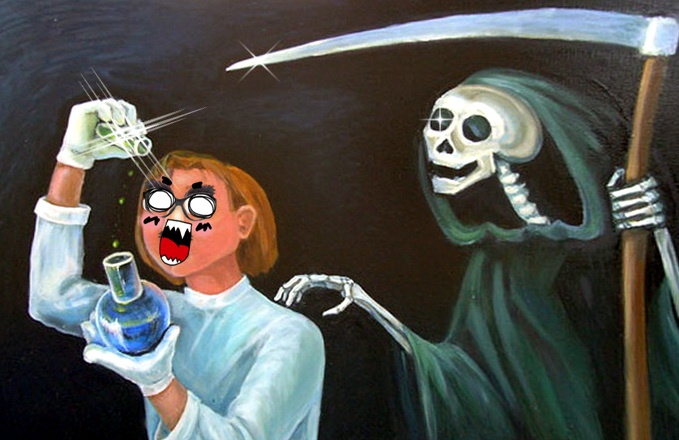