On Monday,(23.03.2009) Skype plans to announce a version of its Internet calling software that connects to corporate phone systems. The new software is expected to allow employees to make domestic and international calls using regular office telephones, instead of a headset plugged into a personal computer. Initially, the company will charge about 2.1 cents per minute for calls to cellphones and fixed lines, but calls from computers to phone systems using the Skype software will be free, similar to what it now charges for its consumer service.
The company is known for allowing users to make free voice and video calls between computers, using a technology called VOIP, for voice over Internet protocol. Though the majority of users are consumers, the company says about 35% of its customers already use the service for business purposes.
Now the company is hoping to appeal more directly to small and medium-sized businesses, which may be particularly receptive to lowering their phone bills during the recession. “Businesses want more than what we have been able to offer so far,” said Stefan Oberg, the general manager of Skype for business.
Its new product is called Skype for SIP. The acronym stands for Session Initiation Protocol, a technology used by many business phone networks. Skype plans to begin a test with a limited number of companies Monday, with the service available commercially later this year.
The company is also planning to start a program to certify third parties to sell and service Skype offerings for businesses, but didn’t offer further details. 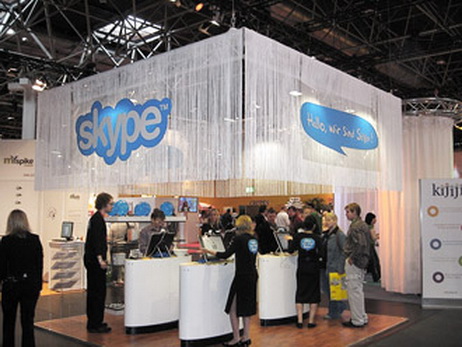