Sony set the stage for a new battle this week with the unveiling of a Sony and 3D television, hoping to get a technology currently confined to a few cinemas into living rooms next year.

The Bravia LCD TV, presented at the IFA consumer electronics fair, will not only enable people to watch programmes in three dimensions, it will be the “centerpiece of Sony’s 3D entertainment experience,” Sony promises.

Users will also be able to plug in their PlayStation games consoles, allowing them to play games in 3D, as well as Blu-Ray disc players and computers, the Japanese firm says.

And to back up what it hopes what will soon become a major cash cow for it, Sony also makes the equipment needed to make movies and television programmes to play on the TV, which can also be used for regular, two-dimensional viewing.

“It is the perfect moment for an announcement like this, even if its plans are ambitious,” Ralf Tanger, an expert on 3D technology at the Fraunhofer Heinrich Hertz research institute.

3D movies have been around for some time, with the Lumiere brothers’ “L’arrivee du train” filmed back in 1903, according to Sensio, one of the many firms looking to get a piece of the future 3D pie.

In 1946, the Soviet Union made “Robinzon Cruzo”, the world’s first talkie in colour and 3D, and in the 1950s there were more than 60 others including Alfred Hitchcock’s “Dial M for Murder” before studios put 3D on the back burner. 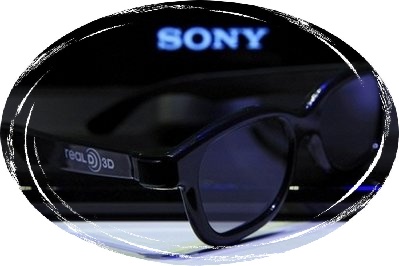 In the 1970s and early 1980s studios tried with offerings like “Jaws 3D” and “Friday the 13th, Part 3”, with cinemas issuing cardboard glasses, but it was not until the 1986 invention of the IMAX format that 3D came into its own.

The Cannes film festival kicked off this year with a gala opening ceremony that saw goofy spectacles foisted on tuxedo-clad celebrities for Disney-Pixar’s 3D cartoon comedy “Up.” 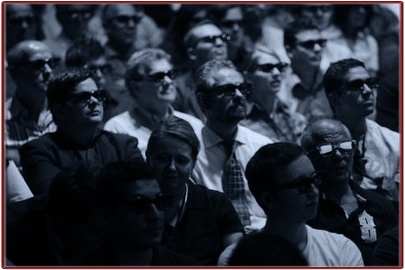 This year sees the eagerly awaited release in December of “Avatar” by James Cameron, the director of “Titanic”.

German director Wim Wenders is working on a film about choreographer Pina Bausch, who died earlier this year.

It is in the cinema that 3D has stayed, but Sony and its rivals are hoping that it will soon break out and one day replace 2D as the new standard.

“Now the target is the living room,” Tanger said.

This is helped by the fact that some firms are considering launching channels that will show 3D programmes.

“At the moment the big handicap is that we are lacking in material,” Joern Ostermann, head of the Laboratory for Information Technology at Leipniz University in the northern German city of Hanover, told AFP.

“But that is changing.”

However Sony is not the only show in town.

Other companies such as Japan’s Panasonic and South Korea’s Hyundai have also got in on the act, and there is the looming prospect of a so-called format war when rival technologies battle it out to become the industry norm.

Sony has a history in this area, and not always with a happy end. In the 1980s it bet on Betamax video tapes but lost out to JVC’s rival VHS format. Last year though Sony’s Blu-Ray format saw off Toshiba’s HD DVD.

Sony’s new TV alternates the image for the left and right eye, while special glasses open and shut in sync with the image on the screen, giving the impression of depth.

But the technology is moving so fast that the glasses may soon be a thing of the past.

One thought on “Sony and 3D television…”