A Soyuz space capsule carrying U.S. billionaire Charles Simonyi and a Russian-American crew touched down safely in Kazakhstan on Wednesday.

Charred black from its re-entry into the atmosphere, the capsule — also carrying U.S. astronaut Michael Fincke and Russian flight engineer Yury Lonchakov — landed northeast of the Kazakh industrial city of Dzhezkazgan as planned at about 11:15 a.m., about three hours after leaving the international space station.

Wrapped in blankets to protect against the wind and squinting in the sun, the trio smiled as rescue workers opened the spaceship and helped them out of the TMA-13 craft onto the barren steppe of central Kazakhstan.

“Really nice to see you! Hello, Earth!” a smiling Fincke said as support teams checked his pulse and gave him a big green apple — a Russian tradition for returning space crews.

Simonyi’s wife of four months, Lisa Persdotter, met him at the landing, giving him a long kiss and bouncing on her toes in excitement.

The men were carried in special reclining chairs for a scheduled checkup as they acclimatized to Earth’s gravity.
Russian space officials said the touchdown was flawless.

“All the systems worked excellently. We are extremely happy about it,” Anatoly Perminov, head of the Federal Space Agency, told reporters.

“You can see for yourself from how they look that all of them are feeling excellent.”

The original landing site, in northern Kazakhstan, had been changed and the landing delayed by a day after officials said the area was too swampy and hard for rescue teams to reach.

“Welcome back to Earth!” a NASA official told the crew via a live communication link broadcast on NASA television. About 200 rescue workers and doctors helped assist the crew back on Earth.

Hungarian-born Simonyi, 60, spent about two weeks in space conducting experiments, making history as the first tourist to visit the international space station twice. He paid a total of $60 million for his two space trips.

However, officials say Simonyi could be the last space tourist for the foreseeable future, because all Soyuz seats have now been booked for professional crews representing the 16 countries working on the $100 billion orbital outpost.

Kazakhstan had planned to send up its first astronaut later this year, but Perminov noted that Kazakh officials had decided to cancel the plans. He told reporters that either a regular astronaut or possibly another paying tourist could next travel aboard a Russian craft.

Russia’s Soyuz and Progress spacecraft have long been the workhorses of the international efforts to build the space station. The craft will take on even greater importance after 2010, when NASA is expected to retire the space shuttles.

On Tuesday, the Federal Space Agency awarded an 800 million ruble ($23 million) contract to design a next-generation spaceship to replace the 40-year-old Soyuz, setting the ground for a potential new space race with the United States.

The cosmology and reality 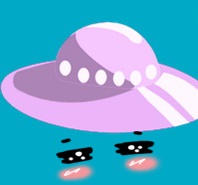