The Sudanese government welcomed the decision by the U.S. to send a new special envoy to Khartoum, a representative of the Sudanese leader said on Friday.
U.S. special envoy Scott Gration, who arrived in Sudan on Thursday, said he hoped for friendship and cooperation from Khartoum.
“We welcome the U.S. idea to send a special representative to Sudan, but only if he has come here with an open heart,” Awad Ahmed al-Jaz told a news conference.
He added that previously U.S. envoys had distorted the situation in the country or made the wrong decisions.
“We hope that things will be different now,” he said.
Gration said on Thursday: “I come here with my hands open. And it will be up to the Sudanese government to determine how they want to continue with the relationship. Hopefully it will be with hands of friendship and cooperation.”
He appealed for stronger relations with Sudan, whose president, Omar al-Bashir, is accused of war crimes in Darfur.
“The United States and Sudan want to be partners and so we are looking for opportunities for us to build a stronger bilateral relationship,” he said.
The International Criminal Court has accused al-Bashir of criminal responsibility for “intentionally directing attacks against an important part of the civilian population of Darfur, Sudan, murdering, exterminating, raping, torturing and forcibly transferring large numbers of civilians, and pillaging their property.”
Bashir expelled 13 international aid groups from Darfur after the International Criminal Court issued the warrant for him on March 4.
Al-Jaz said the Sudanese authorities would not allow these groups to return to the country
“This decision is final and will not be reviewed,” he said. 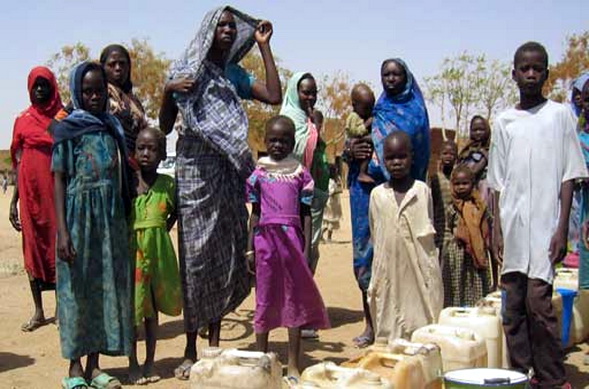