In a few days it will approach the Earth the closest in the last twenty years.

What should we be expecting from a phenomenon that scientists call “perigee” and that journalists named the “Supermoon”?

The Internet is once again filled with anxious apocalyptic predictions: the world is facing its death or at least a big trouble. At this time the cause of public concern was the moon.

On august 10-11, as promised by scientists, the Moon will be at the point of perigee – its maximum proximity to the Earth.

Only 356.6 thousand miles will separate us from our natural satellite on the night of the Supermoon. In terms of space distances it is just a stone’s throw away.

Earth is standing still in suspense. Recently, the sky has been frightening. People must have angered the higher powers.

Frequent solar flares cause magnetic storms that affect physical condition of the people sensitive to them. Scientists believe it is only the beginning.

They say that the sun will be waking up in full force. Indeed, in recent months, the solar activity has been more powerful than in recent years. Its activity is at record levels and is approaching the state dangerous to the Earth.

Some unidentified objects that “shoot” protons, alpha particles and nuclei of heavier elements at Earth have been discovered in our solar system. Scientists are shrugging their shoulders and still cannot understand what is going on.

The super moon is not bringing any good news either. Gone are the days when a huge disk of the moon awoke nice and bright associations.

Now such things make us anxiously listen to the news and think of the scene from “Bruce Almighty” where ignorant of astronomy but divinely omnipotent guy has “pulled” the moon closer to the Earth to secure a romantic night with his beloved. It ended in a series of disasters.

The Internet community decided there was a reason to worry and has immediately issued numerous predictions and memories associated with previous incidents when the Moon was at perigee.

It turns out that every time a natural satellite approached Earth, the planet reacted angrily with earthquakes, tsunamis, and volcanic eruptions. For example, in 2005, a huge wave flooded Indonesia two weeks before the Supermoon. In 1974 a devastating cyclone Tracy hit the Australian city of Darwin.
What to expect this time? Massive volcanic eruptions? Ocean floods? Or, perhaps, the Earth will stumble upon a celestial axis?

We are promised the end of the world nearly every year, and it is about time we get used to it. Nevertheless, it is one of the most popular topics in media and Internet. Generally, such a reaction is understandable. People love to get their nerves tickled, and universal mass death perfectly fits this purpose. No wonder the Apocalypse of John the Evangelist is the most interpreted piece of the New Testament.

Nearly every generation finds evidence in the book that the end of the world’s history is about to happen. These forecasts have always enjoyed great popularity, yet the world is still standing, safe and sound.

Should I worry now?

After all, the super moon on august 10 will not be the first and, hopefully, not the last, as it is not some oddity. Astronomers are pretty sure that the fear of the point of perigee is overestimated.

Earthquakes and volcanic eruptions will certainly happen, but no more often than they usually occur on our planet.

The level of tides will be higher than usual. If you make enough effort, you can connect any natural disaster with any celestial body you like – a comet, a planet, the Sun.

Will it affect the life of Earth?

Generally speaking, the Moon has a positive effect on the Earth, causing tidal deformation in the ocean and the other parts of the planet.

This effect is enhanced by 30 percent during the new moon and full moon, also demolished the myth of the moon-destroyer.

It has to be mentioned that on august 10-11, the day of the perigee, the moon will be fool. This means that if something does happen, we will experience it fool force. 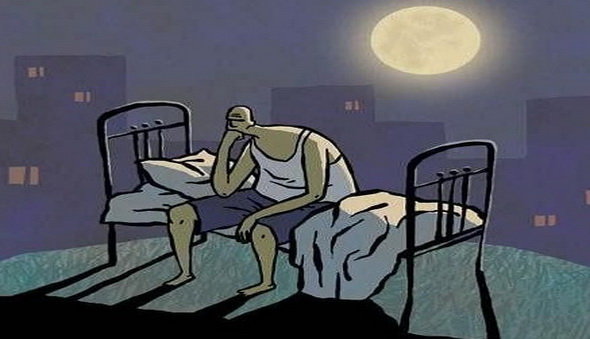 However, scientists are skeptical and convinced that this is not the reason to worry. That day the Earth will feel nearly maximally possible influence of the moon.

Considering the fact that geophysicists have noticed a weak correlation between the movement of the moon and earthquakes, a slight increase in earthquakes on august 10 can be expected. Yet, there are no reasons to expect a catastrophe.

As for the upcoming perigee, we can only be happy for astrophysicists.

Heterochromia is the Unique Phenomenon.