The new virus continues to become more and more dangerous to the whole world.

Scientists say that the virus mutates every day, which makes it extremely difficult to create a reliable vaccine against the deadly disease.

US medicine has already proved to be incapable of fighting the virus.
Hundreds of students and teachers have been hospitalized in New York’s Queens. US scientists say that the swine flu virus mutates speedily. The new mutations of the virus may lead to even more outbreaks of the disease in the United States.

Mexico’s Minister for Health, Jose Angel Cordova, said that swine flu would become even more dangerous that AIDS, the plague of the 20th century.

The swine flu pandemic has already embraced 30 countries of the world – from Latin America to Hong Kong. About 6,500 people have been hospitalized with symptoms of swine flu in total as of May 14. The disease has killed 64 people in Mexico alone.

Until recently, the disease could be easily cured. However, no one knows what is going to happen in the nearest future if the virus continues to mutate speedily. Most pessimistic forecasts say that the disease may kill millions of people all over the world.

Historians recollect the Spanish flu pandemic, which took millions of lives during 1918-1919 in Europe and Russia.

The consequences of the current pandemic can be even more serious taking into consideration the popularity and the need of air travel nowadays.

The virus can thus infect the whole world in just several days.

This map and the data behind it were compiled by Dr. Henry Niman, a biomedical researcher in Pittsburgh, Pennsylvania, using technology provided by Rhiza Labs and Google.

The map is compiled using data from official sources, news reports and user-contributions and updated multiple times per day. 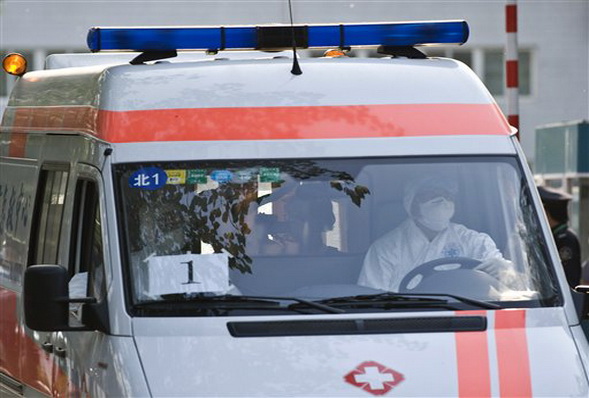