19-year-old Taylor Mitchell who was an up-and-coming musician from Canada she was killed Wednesday after she was attacked by two coyotes. She was hiking by herself on Tuesday when she was attacked.
Taylor Mitchell, a promising musician from Toronto, died in hospital after the animals pounced as she hiked alone in Cape Breton Highlands National Park.

Walkers alerted park rangers after hearing her screams. The rangers shot one coyote, but were still searching for the second.
Attacks by coyotes on humans are rare; they usually prey on deer and hares.
Bleeding heavily from multiple bite wounds, the singer-songwriter was airlifted to a Halifax hospital, but died of her injuries on Wednesday morning, authorities said.

The Mitchell family has set up a Memorial Fund in Taylor’s name. It hasn’t yet been decided exactly how the fund will be used but some ideas being discussed include: a yearly scholarship to a songwriting student at Etobicoke Shool for the Arts (Taylor’s alma mater); a yearly prize for an outstanding young performer at the Canadian Folk Music Awards; a bursary for a young touring performer; a donation to charity.

We wish to honour Taylor’s memory and think of something very special that represents her ideals and her values. When the decision has been finalized, we will send out a notification email to all those who made a donation. 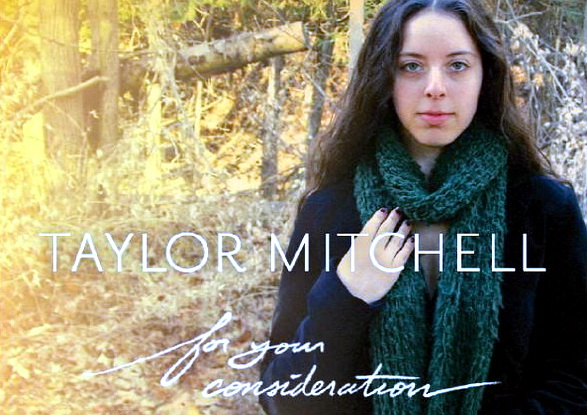