A team of investigators led by University of Arizona graduate student Sarah Horst has approximated, in a French lab, atmospheric conditions on Saturn’s moon Titan.

Through a series of experiments, they bombarded the gases with radiation, producing a number of compounds, including amino acids.

Could these molecules be the basis for the development of life on Titan?

Imagine a puree of plant matter in a blender. Then imagine an army of very tiny tweezers selecting and throwing out most of the important chemicals and elements, like the lipids, vitamins, metal ions, phosphates, sugars, and most of the amino acids.

Then add a broad mixture of thousands of other random chemicals to the few remaining but now pulverized and randomized plant-derived chemicals.

Finally, imagine tossing the brew into the atmosphere and claiming that it is now ready to serve as a “springboard to life.”

Horst and the other researchers supplied radiation powerful enough to break the triple bond between the two nitrogen atoms that comprise nitrogen gas-a known constituent of Titan’s atmosphere-which freed the nitrogen atoms to bond with other nearby atoms, including carbons.

What was in the resulting concoction?

“Assuming there are at least three or four structural variations of each, we are talking up to 20,000 molecules that could be in there,” including a handful of some of the smallest chemical units found in cells, according to University of Arizona information.

But for this chemical mixture to springboard, or even crawl, toward becoming a living cell, it would-for starters-have to be added to, taken away from, sequestered into compartments, and organized according to a real biological “language.”

Failure of any of these processes to shape molecules toward a cell is a deal-breaker for life to “springboard” out of chaos. The long series of specifying processes would follow such a torturous track that not even an intelligent investigator would be able to do it.

And so far, it has not been done, despite massive efforts to build “life.”

Decades ago, there was optimism that successful origin-of-life experimentation would be achieved. But each passing year adds another layer of newly discovered, complex, and specified information found in real living cells.

For example, the same high-power radiation that splits apart nitrogen molecules also splits apart the large molecules that cells require. This is why the thousands of compounds that the UA researchers generated were all small.

In addition, although the team reported finding DNA bases in the mix, they did not find them as nucleotides, which are the basic chemicals that form DNA. A nucleotide is a specifically oriented combination of a certain base with a five-carbon sugar and phosphates.

The cytosine nucleotide, one of five used in living cells, cannot form under any natural condition. Instead, it requires a fully functioning cell.

So why, then, should the randomizing processes of nature have any success in creating life from random mixtures? Even if one introduced a massive mixture of whole nucleotides to Titan’s atmosphere, all the right-handed sugars would somehow have to be culled, and there is no known natural mechanism to perform this task.

The handedness problem alone is a dead end for any naturalistic origin of life.

In the end, when granted all the chemicals of life, like those in the imaginary plant puree, the mixture would be light years away from a living cell because it would be missing the most important ingredient: information. And as technical author Bernd-Olaf Kuppers wrote in his 1990 book Information and the Origin of Life,

Titan is sterile. The processes going on in its atmosphere should add absolutely no fodder to feed naturalists’ huge faith in the laws of chemistry to perform what repeated scientific experiments have demonstrated are feats only possible for a Creator God. 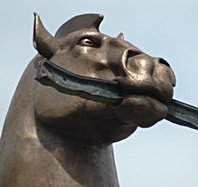 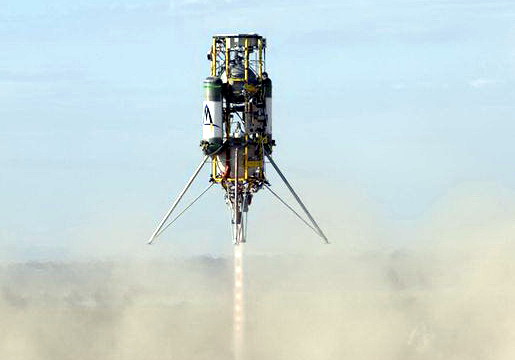 Mysterious phenomena that occur in our galaxy, Milky Way