The vast, thinly populated expanses of the country that still lack cell phone coverage could be getting an interesting option next year: ordinary-looking cell phones that connect to a satellite when there’s no cell tower around.
In June, a rocket is scheduled to lift the largest commercial satellite yet into space. In orbit 22,000 miles above the Earth, the satellite will unfurl an umbrella of gold mesh 60 feet across and aim it at the U.S. That gigantic antenna will let the satellite pick up signals from phones that are not much larger than regular cell phones.
That satellite, from TerreStar Corp., is due to be followed by two similar, even larger ones from SkyTerra Communications Inc. next year. SkyTerra puts the cost of its satellites at $1.2 billion.
On the face of it, these are bold moves, especially considering that the satellite phone business has been troubled. Most famously, two companies with grand projects for worldwide satellite phone coverage, Iridium and Globalstar, filed for bankruptcy at the beginning of the decade, wiping out billions in investor capital.
But the background to the new launches is more complicated, and analysts say the business models of TerreStar and SkyTerra ultimately might rely more on the companies becoming acquisition targets for conventional wireless carriers.
There’s plenty of competition in satellite phones, even though it’s a niche market. Iridium and Globalstar are still in operation, providing last-resort communications for the military, forest wardens and others who can afford to buy dedicated, bulky satellite handsets for $1,000 and up. Inmarsat offers a third alternative.
Even so, SkyTerra and TerreStar say their new satellites, combined with advances in chip technology, can take “satphones” into the mainstream — devices you’d buy in an AT&T store.
The ability to call via satellite will be marketed as “an insurance policy or peace-of-mind feature,” said SkyTerra spokesman Tom Surface.
The first handsets for TerreStar’s satellite would cost about $700, said TerreStar chief executive Jeff Epstein. At a cell phone trade show here last week, the company displayed a prototype built by small Finnish company, Elektrobit. The phone has a QWERTY keyboard and runs Windows Mobile software, making it similar to many BlackBerry-style, e-mail-oriented phones for corporate use, but a bit thicker. Unlike Iridium and Globalstar phones, there’s no protruding antenna.
“This way, you take your BlackBerry and you replace it with that device,” Epstein said.
Both companies indicate that calling over a satellite will cost less than $1 per minute, the approximate price of Iridium calls. TerreStar also has a roaming agreement with AT&T Inc. for calls that don’t go through the satellite, and expects the combined satellite and ground system to be working before the end of this year.
However, neither TerreStar or SkyTerra will replicate Iridium’s worldwide coverage. The phones will work in North America only. Nor will they be getting away from a significant limitation of satellite phones: The handsets need to be in clear view of a satellite. In other words, the satellite service will work only outdoors, and a hill, tree or building obscuring the southern sky can be a problem, especially if you’re far north.
Given these limitations, and the steady expansion of ground-based networks, is there really a mass demand for satellite phones?
Satellite analyst and consultant Tim Farrar at TMF Associates is skeptical. He believes the number of people interested in satellite calling, even if just for emergencies, is small compared to the overall cell phone market.
“They need hundreds of thousands and more likely millions of users of these handsets to make it into the mainstream,” he said. “You have to gain an awful lot of momentum before manufacturers will consider it worthwhile to build this into their handsets.”
Farrar thinks marketing will be a challenge too. For mainstream adoption, sales representatives at cell phone stores would have to get customers to accept that the satellite connectivity would work only outdoors.
“Last time around, people tried out Iridium phones, and thought `What use is this to me if I have to go out and stand in the middle of a field to make a call?'” he said.
Given these obstacles, Farrar believes the value of SkyTerra and TerreStar is in their spectrum holdings. The companies have permission from the Federal Communications Commission to use slices of the airwaves for both satellite and ground-based networks, as long as they have a satellite in orbit. The government hoped that such hybrid space-terrestrial licenses would encourage companies to provide emergency satellite coverage when cell towers are knocked out by disasters like Hurricane Katrina.
For now SkyTerra and TerreStar aren’t using their spectrum for ground-based communications. Eventually, the companies could try to put the airwaves to use with their own cell towers on the ground — or they could use that spectrum to entice a carrier like AT&T or Verizon Wireless. Those companies would normally have to pay billions for spectrum with nationwide coverage, but they might find that snapping up one of these satellite companies is a cheaper way to get that access, said Armand Musey, a satellite consultant.
Investors aren’t optimistic: Terrestar, which is listed on the Nasdaq, has a market capitalization of $72 million, which is paltry compared to the cost of its satellite system. SkyTerra is privately held.
“There certainly is not a market for having all of these companies — TerreStar, SkyTerra, Inmarsat, Iridium — all operating satellite-only,” Musey said. “The market is just not that big.” 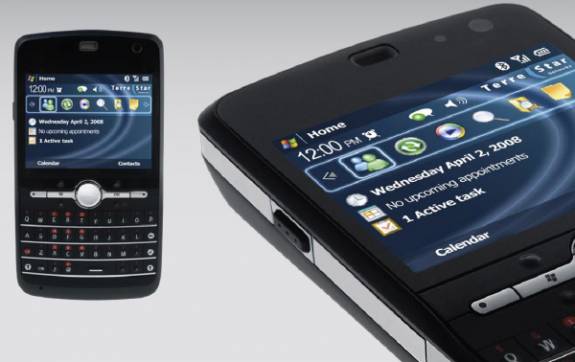