G20 leaders in London on Thursday reached agreement on a draft rescue plan for the world economy, which would see up to $1.1 trillion channelled in financial aid to fend off a deepening global recession.

According to a draft of the joint communiqué, key G20 countries would feed $750 billion into the International Monetary Fund, $100 billion into the World Bank and another $250 billion in trade finance. The scheme would be akin to a global overdraft facility for countries unable to raise finance commercially, experts said. Staring into the face of a global economic crisis which could match the Great Depression of the 1930s, the leaders were under severe pressure to deliver a deal at the summit. But the summit in London’s Docklands was unlikely to deliver an immediate cure-all for the world’s fiscal woes, despite the positive noises from politicians involved in the event, experts said.

The summit’s major achievement of the summit was an agreement to boost the IMF’s reserves to enable it to provide greater assistance to nations experiencing economic difficulty. Chris Weafer, chief strategist at UralSib, said the G20 was taking “a fairly decisive step … [that] has a good shot at stopping the falling economy.” But he added, “This is uncharted territory, unprecedented. …

However, it is the lesser of two evils.” The side effects of injecting so much money could be global inflation, Weafer said. “A stimulus always is accompanied by the possibility of inflation,” he said. “If a country such as Ukraine, Ireland, Iceland, or some other place in East Europe were allowed to fail, it not be an isolated case – it could trigger another wave of failures, and destroy hopes of recovery.”

Martin Gilman, of Moscow’s Higher School of Economics and a former head of the IMF’s Moscow office, felt that too much of the summit was merely window-dressing. “In the immediate future it’s more of a psychological impact that a huge and diverse group of countries can agree on something,” he said. “But it doesn’t make a difference to the bigger picture.

The fundamental problem is that the global economy is slowly collapsing, and while we may see tentative signs of it bottoming out, nobody really knows. Governments have every incentive – indeed obligation – to do whatever it takes to dig themselves out, hopefully in a coordinated way.” But the measures being discussed will only be of help in putting out the next fire, not with helping the world economy now, Gilman said. “What we are seeing is more to do with secondary issues.

These will all be helpful next time there’s a crisis, but they won’t make a big difference now.” With G20 members pledging to increase the funding they will give to the IMF, Special Drawing Rights could be set for a record $250 billion boost, which is shared between all fund members. That figure was the biggest that could be allowed without requiring U.S. Congressional approval, and forms a key plank of the global resources available to fight the recession – although it isn’t a direct economic stimulus.

At the same time a clear will emerged to get tough on so-called tax havens and apply greater regulation to the global market place, although clear details on this divisive issue were not immediately available at press time on Thursday. Tighter regulation of financial markets was a major pre-summit sticking point, with commentators drawing a stark line of battle between the free-market Anglo-Saxon model pursued by Britain and the U.S. and the more restrictive wishes of continental Europe.

One key concern was the role that tax havens – countries where the financial markets are not open to outside scrutiny – had played in concealing the extent of the debt problem which undermined the markets last year. By mid-afternoon on Thursday, officials were confident that a deal would be struck on more regulation, promoting a more transparent global financial market.

But Natalya Orlova, chief economist at Alfa Bank, was concerned that the agreement on stricter regulation for offshore investments might be a problem for Russia’s economy. “Right now the question is whether we try to keep global markets as they were, or whether we completely change the regime,” she said. “Since the markets aren’t working like before there is a de facto preference for a more regulated market. “A more regulated market will be negative for Russia.” For Gilman, the most useful step that could be taken now was a stronger line against protectionism.

“They really have to take whatever steps they can to ensure they are not tempted by protectionist measure, even covert ones like banning ‘dumping’,” he said. “Possibly the WTO could be asked to manage this. It’s something they could do to have an immediate impact, although it won’t solve every problem.” President Dmitry Medvedev was present at the talks, but despite the country’s large reserves of currency and resources it is a relatively minor player in the world economy.

Despite this, Medvedev has been using the meeting to send a clear message that he wants change. Part of that has been his support for the Chinese plan to develop a global reserve currency, set aside from local currencies with their geopolitical and social pressures.

Gilman said he sees a move away from dollar-based reserves. “Trying to create an international reserve currency is an almost ancient idea, but it’s not realistic,” he said. “I think it’s inevitable that we will no longer have a dollar-dominated world reserve, but in terms of creating a new reserve currency? Not unless the Martians invade!” 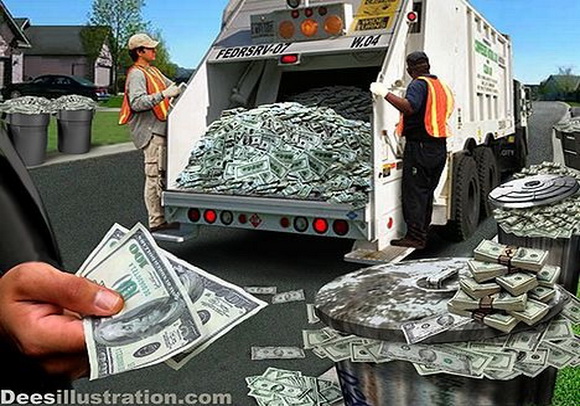