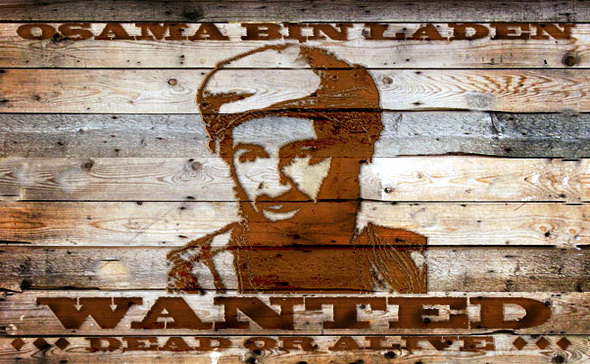 Attorney General Eric Holder said that Bin Laden would never face trial in the United States. The chances for Bin Laden to be captured are “infinitesimal”, Holder said.

The statement sounds like a disconsolate cry. It seems that the US administration has everything settled as far as Bin Laden’s capture is concerned.

US special services started hunting for the prime suspect of September 11 terrorist attacks 12 years ago. The government offers a 27-million-dollar reward for the information about his whereabouts, but he is still free.

It seems to be impossible to disrupt his financial channels. Osama bin Laden obviously has limitless opportunities to escape from traps. When Obama changed Bush in the White House, he closed the Guantanamo prison and banned phone bugs in the USA. It became harder for US special services to work.
There are other reasons which make the struggle against Bin Laden hopeless.

Bin Laden was born in 1957 in Saudi Arabia into a wealthy family of Yemen nationals. His father died when the boy was ten. Bin Laden became a co-owner of his business, one of the largest companies in the Middle East – Saudi Binladin Group. The company currently controls from 17 to 48 percent of several branches of the Saudi industry. Osama became a member of Islamist organizations at age 16.

No one knows what would have happened to Osama bin Laden if the USSR had not invaded Afghanistan. The West and the regional countries perceived it as an open threat to strategically important oil extraction in the Persian Gulf. US and Saudi special services began to support the weak Afghan resistance. Bin Laden was already cooperating with them. He moved to Afghanistan at the end of 1979 and established a secret organization there several years later – Maktab al-Khidamat, al-Qaeda’s predecessor. The organization started fighting against Soviet troops with the use of radical Islamist methods.

Pakistani Prime Minister Benazir Bhutto was seriously concerned about the growth of Islamism in Afghanistan and Pakistan. She said in 1988 during her personal meeting with US President George H. Bush that the USA was “creating a Frankenstein.”

Bin Laden was expanding the geography of his activities outside the borders of Central Asian states. He paid attention to the former Yugoslavia in 1991, when it collapsed into pieces. The war in Bosnia began in 1992, and Bin Laden provided financial support to Muslim brothers in the republic and repeatedly visited the nation himself. Bin Laden’s al-Mujahideen group became widely known for its atrocities against the Serbs. Bin Laden was supposedly granted Bosnian citizenship for his support to the country.

In Bosnia, bin Laden cooperated with agents of Western intelligence services which supported the Muslim and Croatian unity against the Serbs. Albania and Kosovo also attracted his attention during the 1990s.

The new Frankenstein supported the Chechens in the Northern Caucasus in their terrorist struggle against Russia. Bin Laden had his emissary in Chechnya – the notorious warlord known as Khattab.

Many foreign special services were involved in the creation of the large-scale conflicts in Yugoslavia and in the Caucasus. Therefore, it is not ruled out that Bin Laden was cooperating with US intelligence back then.

The opposition between Al-Qaeda and the USA began in 1998, when US embassies in Kenya and Tanzania were exploded.

The 9/11 tragedy in New York is undoubtedly considered his lifetime achievement. Since Bin Laden had close ties with US special services, it is quite possible that the latter simply do not want to see him in a prison cell.
What if he unveils a couple of secrets?