Nearly half of aviation accidents occur during operations in adverse weather conditions, while 75 per cent of delays in air traffic are weather-related in high-density regions. This highlights the need for accurate and reliable weather forecasts to guarantee that air transportation is both safe and regular.

This week 150 of the world’s experts meet in Hong Kong, PR China, to discuss ways to optimise provision of timely and accurate weather information.

The 14th quadrennial session of the World Meteorological Organization Commission for Aeronautical Meteorology held in Hong Kong between February 3 and 10 promises to “have significant impacts on the provision of meteorological services to civil aviation during the 21st century,” in the words of the Secretary-General of the WMO, Michel Jarraud. 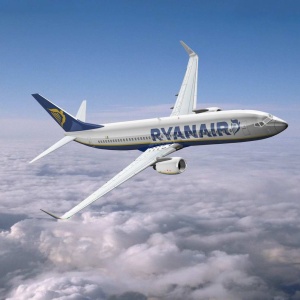 The meeting will discuss the cutting-edge research programmes which aim to provide faster and better real-time guidance for flight operations, coordinating the information gathered from national aviation meteorological services which predict conditions at aerodromes and airports and give data on en-route phenomena.

The Hong Kong event will present the New Terminal Weather Forecast technology which vastly widens the scope of weather forecasts from the current range of around eight kilometres around an airport to between 80 and 100 km.

Of crucial importance is the link between aviation safety and weather conditions and the meeting will address the need for improvements in severe weather warnings. According to the WMO, this is “especially important in the light of the anticipated increase in extreme weather events”.

The harmful effects of cosmic and solar radiation on radio communications and the health of passengers and crews will be another topic raised at the meeting, which will examine a new form of cooperation between satellite and aeronautical meteorology communications through the establishment of communities.

The case of the Air France Flight 447 Airbus A330 from Rio de Janeiro, Brazil to Paris, France last Summer, with 228 people aboard, brings to light the need to improve warning systems.

The aircraft disappeared as it was going through a lightning storm, appears to have lost its electrical systems and due to a possible fault in the Air Speed Indicators, appears to have been flying under the required velocity.

As usual, no single factor is likely to have caused the accident (no survivors were reported) and as in the vast majority of cases, a set of two or three factors have to come together to cause the incident.

Eliminating or reducing the impact of weather or climate conditions on aviation safety would seem an important step on the way towards guaranteeing safer skies at a time when severe weather conditions are predicted for the years ahead.