An enraged lion attacked a trainer during a show at a circus in Lvov, Ukraine.

The show was interrupted, the trainer was hospitalized and spectators had to be evacuated from the circus building.

One of the lions managed to jump over the net barrier. Animal trainers later said that it was the “main” lion in the circus group who conducted the attack.

Bravo Circus has been giving its shows in Lvov for two weeks already.

“The African Lions” attraction was the staple of the show.

The majority of spectators would buy tickets to the circus to see the lions. The tragic incident took place , as lion Perseus attacked his trainer, Aleksey Pinko.

The show had a normal start.

The lions went out to the arena and took their seats. Perseus is six years old. He is a sexually mature male, who felt his strength about two years ago – he would often try to rebel and match strength against my husband trying to prove that he was stronger and more powerful.

Perseus did not start doing the trick. The lion just went off the stool and attacked him.

Aleksey was trying to stop the lion from attacking him, but it did not help. Roman Gunko, the assistant, entered the cage to handle the situation, but it was possible to push the furious beast away only with the help of a fire-fighting hose.

“Lion Perseus was aggressive prior to the show. Lions reach puberty when they turn five, and the rutting season starts in autumn.

The “guy” started feeling strong, he desired a female and so he wanted to show everyone that he was the boss in the house.

Aleksey was lucky because he suffered lacerated injuries of soft tissues – doctors said that he would recover soon,” a circus employee said.

The circus continues working in the city, but “The African Lions” part of the show has been removed from the program. 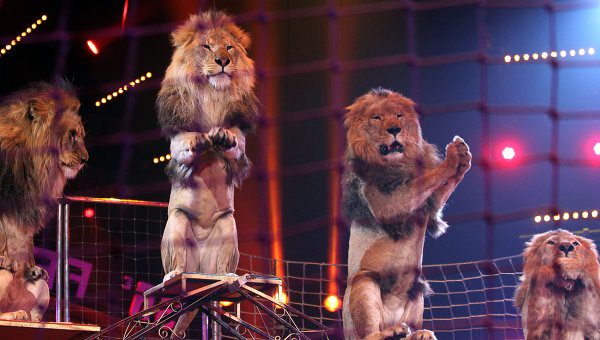 Such incidents, when tamed predators attack their trainers, occur on a regular basis.

In December of 2009, three tigers mauled their trainer during a circus show in Germany. The animal trainer had his hand amputated and suffered serious head and chest injuries as a result of the attack.

In October of 2009, an ice-skating bear attacked and killed his trainer and seriously injured another during rehearsals at the State Circus of Kyrgyzstan. The police shot the bear dead.

On April 23, 2008, a grizzly bear killed its trainer at a compound near Big Bear Lake (San Bernardino) that trains wild animals for movies and TV work. The 39-year-old trainer died 20 minutes after the attack. The animal bit the man on his neck.

A crocodile attacked its trainer on March 18, 2008 at a circus in Saratov, Russia. The half-meter lizard bit the trainer’s arm during the show. The man suffered minor injuries and did not even interrupt the show.

On July 1, 2006, a tiger attacked well-known trainer Artur Bagdasarov at Moscow’s Circus on Tsvetnoy Boulevard. The predator knocked the man down and mauled him. The trainer was hospitalized with multiple lacerated wounds. The tiger was not punished.

On March 8, 2004, a tiger attacked trainer Svetlana Sobenko at Moscow’s Circus on Vernadsky Avenue. Svetlana was pregnant and came to the circus to help her husband. She received scalp lacerations, serious chest injuries and rib fractures. Luckily, the baby was born healthy.

In 2003, a tiger suddenly attacked US trainer Roy Horn. Horn was hospitalized with serious injuries, but the trainer asked not to kill the animal.

In April of 2003, two lions broke away from their cage and mauled a trainer to death. The lions were shot dead.

In 2003, a tiger killed a female trainer Snezhana Dautova during rehearsals in Odessa. The predator bit the woman on her neck and mauled her carotid artery, tracheae and throat. The woman died instantly. The tiger was shot. 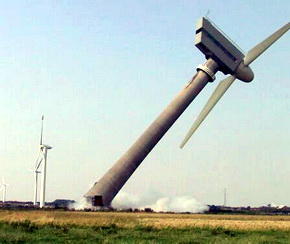 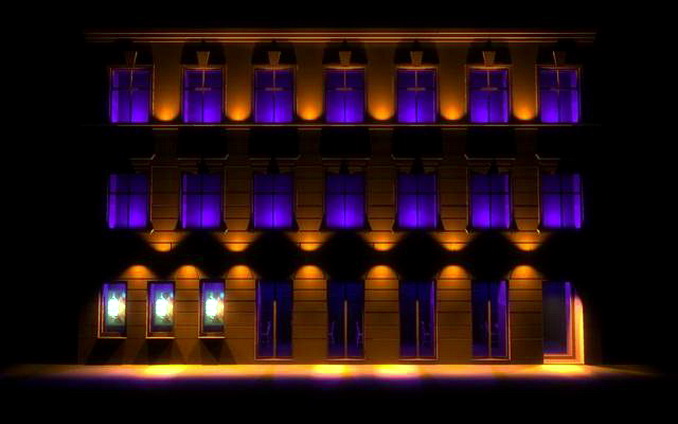