A hot air balloon floated over downtown Bucharest … carrying a model wearing what is now regarded as the world’s longest wedding dress bridal train.
The nearly 3km ivory train on the model’s wedding gown billowed out over a main boulevard in Romania’s capital.

The Guinness Book of World Records has recognised the 2.75km item on the silk and lace gown as the longest train, beating the previous record (2488m) held by a Dutch designer.

But pedestrians didn’t seem to make much of Tuesday’s (local time) media event, which was organised by the artifact’s creators:

the Andree Salon fashion house and the organizers of this year’s biannual Wedding Fair in Bucharest.

The train, which used 4.7km of material and took 100 days to create, was crafted by a team of 10 seamstresses, said salon spokeswoman Lavinia Lascae.

The lace was imported from France, while taffeta and other fabrics were purchased from Italy, costing a total of 24,000 lei ($US7364.48)…. 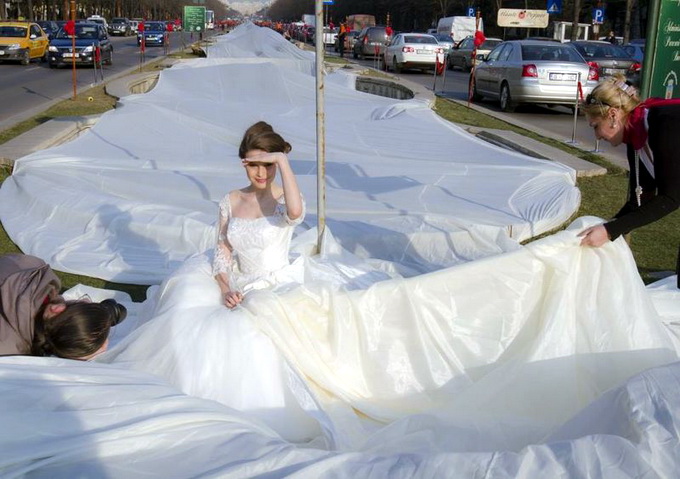 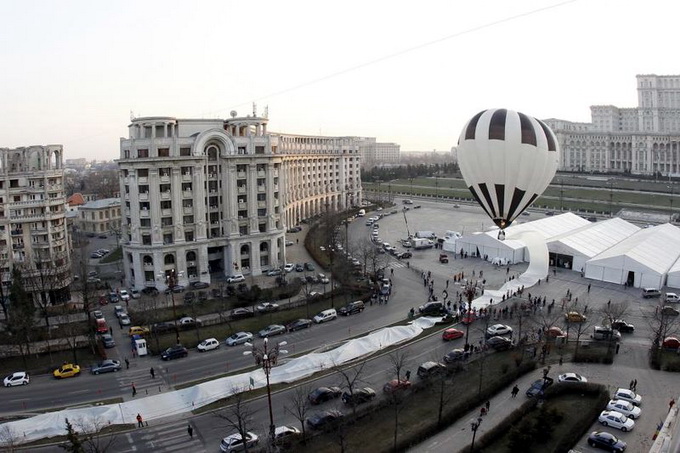 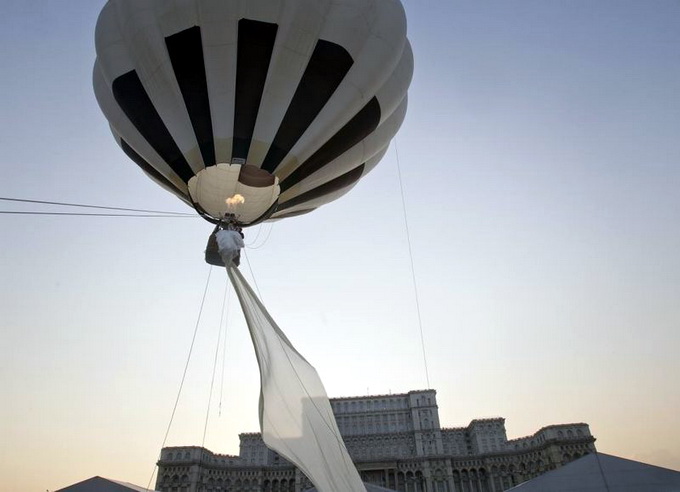 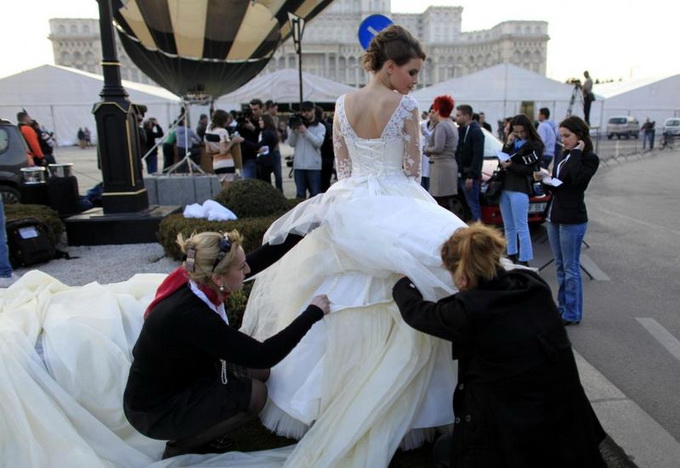 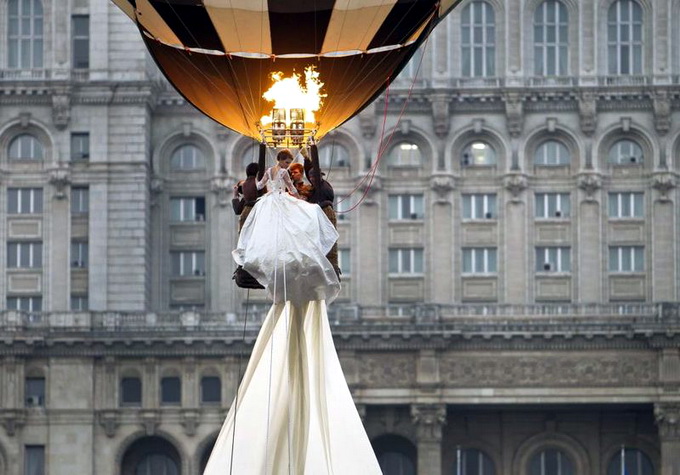 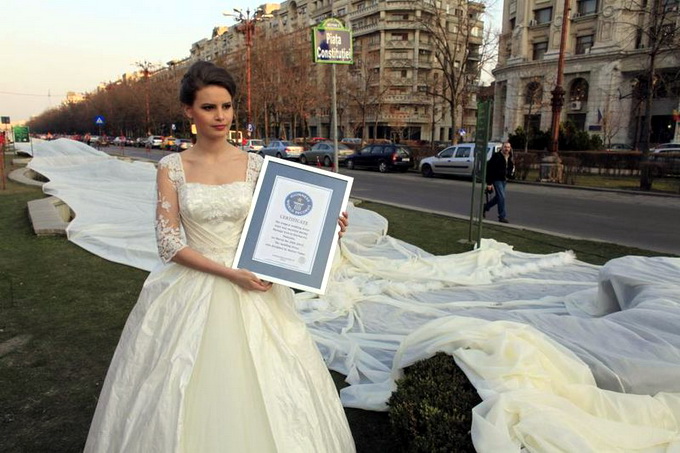 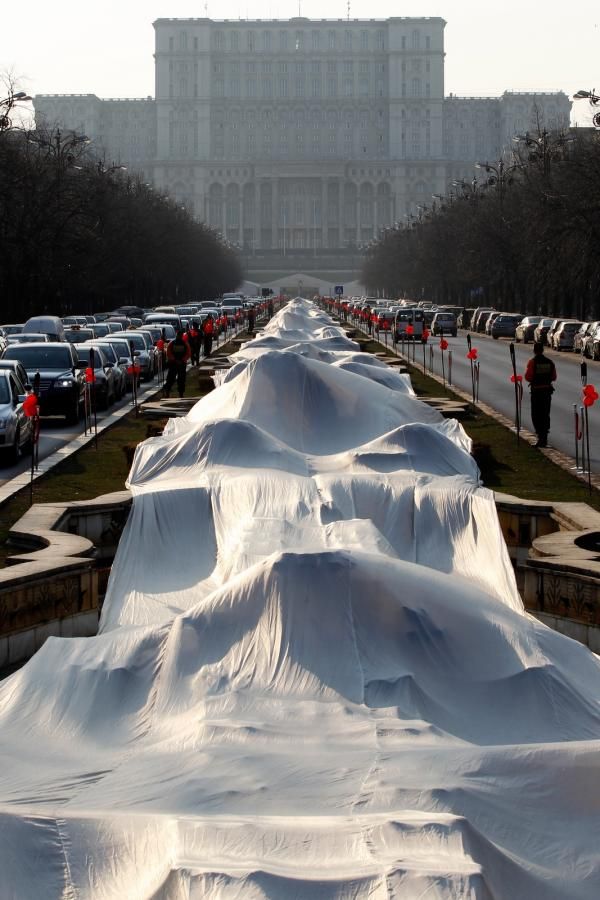