This is the astonishing moment a book was apparently hurled at the head of U.S. President Barack Obama during a campaign rally in Philadelphia.

It is not clear what the book was, where it came from in the crowd, or why it was thrown at Mr Obama – who did not appear to notice the danger. 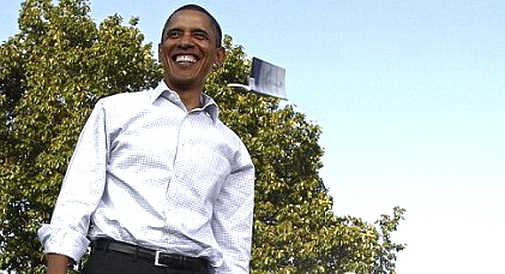 But it is expected that there will be fallout from the security breach as the Secret Service investigates how close the President came to danger.

The rally was clearly an eventful one – other images showed a naked man being led away in handcuffs by police.

It is not clear if the man was involved in the book-throwing incident – or why he was not wearing any clothes. 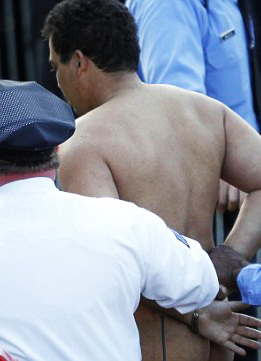