Extreme weather conditions are predicted on a global scale as experts come to terms with the latest details emerging from the La Nin~a.

Eevent, climate-changing ocean temperature alterations which follow El Nin~o and affect vast swathes of our planet on an intercontinental scale.

The World Meteorological Organization, the UN’s weather agency, warned yesterday that the weather pattern known as La Nin~a (The Girl, in Spanish), will probably continue and strengthen over the forthcoming four to six month period and is likely to bring prolonged extreme weather conditions to diverse areas of the planet, namely flood and drought cycles and extreme high or low temperatures.

The warning from the WMO was stark:
“Almost all forecast models predict continuation and possible further strengthening of this La Nin~a episode for the next four to six months”. The present cycle developed after the end of El Nin~o in April, the first signs appearing in June and July.

La Nin~a characteristically follows El Nin~o (The Boy). Whereas the latter brings higher ocean currents, La Nin~a creates unusually cooler water temperatures. Both La Nin~a and El Nin~o can last for a year or more and impact weather cycles and climate changes across the globe, as knock-on effects kick in, the result of interaction between oceanic and atmospheric aspects of current events. 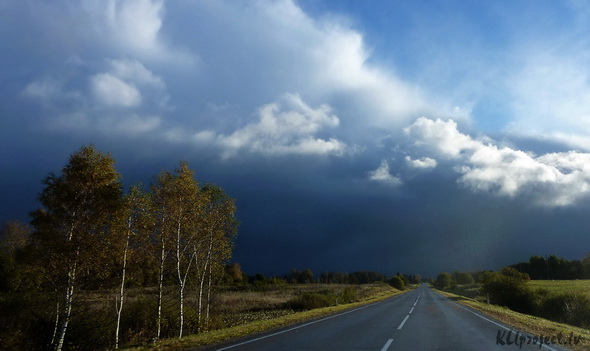 The WMO also warned that the present La Nin~a may differ in its effects from previous phenomena. The situation at present is moderate to strong La Nin~a conditions in the Pacific, with water temperatures 1.5C cooler than average and subsurface conditions between 2 to 6C below. This La Nin~a, warns the WMO, presents strong ocean-atmosphere coupling.

If we thought weather conditions and climate change were already extreme, we may be in for a very unusual winter.