The bill would lay the legal foundation for using troops abroad to prevent aggression by other states and to protect Russian citizens on foreign soil, the Kremlin said in a statement.

Medvedev told a meeting with the leaders of Russia’s largest political parties in the Black Sea resort of Sochi that the change is “linked to the events that took place a year ago,” referring to the 2008 war with Georgia.

“Such issues must be clearly regulated,” he said.

Russia and Georgia fought a five-day war last year when Georgia tried to retake South Ossetia, which broke away with Abkhazia from its rule during a war in the 1990s that followed the collapse of the Soviet Union.

In response, Moscow sent in troops to drive Georgian forces out of the region and recognized South Ossetia and Abkhazia as independent states two weeks after the conflict ended.

The introduction of the bill came days after the first anniversary of the war. 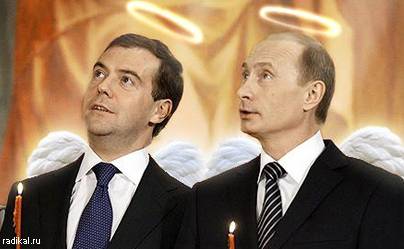