The suspects were all members of a Russian intelligence program that operates inside the United States, and they all were arrested on Sunday. According to a Justice Department statement, they were allegedly carrying out long-term, “deep-cover” assignments in the United States on behalf of the Russian Federation. One suspect remains at large.

The 11 defendants are charged with two separate criminal complaints, with one count being conspiring to act as unlawful agents of the Russian Federation within the United States, which carries a maximum penalty of five years in prison.

Nine are also charged with the accusation of conspiracy to commit money laundering, which carries a maximum penalty of 20 years in prison.

The defendants were arrested in New York, New Jersey, Boston, Ma., and Arlington, VA. Charges were filed in U.S. District Court for the Southern District of New York. 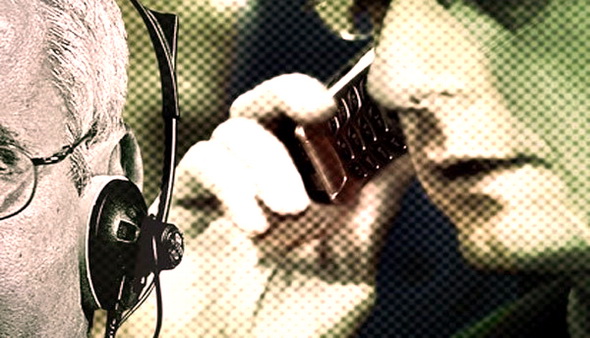 The statement said the case is the result of a multi-year investigation conducted by the FBI, the U.S. Attorney’s Office for the Southern District of New York, and the Counterespionage Section and the Office of Intelligence within the Justice Department’s National Security Division.

Court documents show U.S. authorities intercepted a message from Russian intelligence services to two of the accused, ordering them to “search and develop ties in policymaking circles” in the United States.

In a report back to Moscow, one defendants reported the change of CIA director, information gained from a private conversation with a former legislative counsel for Congress.

Court documents also showed one suspect being instructed to build relationship with a New York financier well-connected in the political circles.

U.S. and Russian flights believed to be carrying candidates for a 14-person spy swap landed Friday in Vienna as part of the largest such exchange since the Cold War.

A maroon-and-white Boeing 767-200 charter carrying 10 deported Russian agents flew in overnight from New York’s La Guardia airport. Within minutes of its arrival, the plane came to a halt behind a Russian Emergencies Ministry plane thought to be carrying the four Russians to be exchanged.

Both countries won admissions of crimes from the subjects of the exchange — guilty pleas in the U.S. and signed confessions in Russia. In exchange for 10 agents, the U.S. won freedom for and access to two former Russian intelligence colonels who had been convicted in their home country of compromising dozens of valuable Soviet-era and Russian agents operating in the West. Two others also convicted of betraying Moscow were wrapped into the deal.

One ex-colonel, Alexander Zaporozhsky, may have exposed information leading to the capture of Robert Hanssen and Aldrich Ames, two of the most damaging spies ever caught in the U.S.

U.S. officials said several of the four freed by Russia were ailing, and cited humanitarian concerns in part for arranging the swap in such a hurry. They said no substantial benefit to national security was seen from keeping the captured agents in prison for years. Former intelligence operatives agreed.

The 10 Russian agents arrested in the U.S. had tried to blend into American suburbia but been under watch for up to a decade by the FBI. Their access to top U.S. national security secrets appeared spotty at best, although the extent of what they knew and passed on is not publicly known.

The lawyer for one of them, Vicky Pelaez, said the Russian government offered her $2,000 a month for life, housing and help with her children — rather than the years behind bars she could have faced in the U.S. if she had not agreed to the deal.

A former colonel in the Russian Foreign Intelligence Service, Sergei Skripal, and scientist Igor Sutyagin will most likely stay in U.K. after Friday’s spy swap in Vienna, British media reported on Saturday.

Under the spy exchange deal, Russia agreed to release four Russian prisoners in exchange for ten people, who have pleaded guilty in a New York court to failing to register as foreign agents.

The CIA-chartered plane, which carried the four to the U.S. from Vienna, made a brief stop at the Brize Norton air base in Oxfordshire.

“In an indication of a significant role the UK played in the spy swap, it is understood that two of the Russian members, one of them Sutyagin, did not continue on to America,” Daily Mail wrote.

In April 2004, Igor Sutyagin, a Russian arms control and nuclear weapons specialist, was sentenced to 15 years in prison in Archangelsk, northwest Russia, for sharing state secrets with U.S. military intelligence.

“Britain has a direct interest in Skripal, a former Russian army colonel convicted of passing the identities of Russian agents working undercover in Europe to MI6,” Guardian wrote.

Sources told Daily Telegraph that a small number of CIA officers had flown into Britain to help MI6 colleagues with the debriefing.

“It is likely that CIA and MI6 officers will be given access to each other’s agents after their initial debriefing,” the paper said.