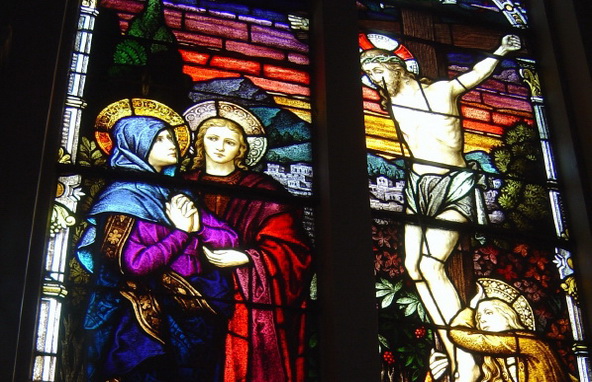 Forgiving is, above all, forgetting, sublimate, and not rarely victims look over their offenders, often the most ruthless. However, this is preceded by understanding that nurturing hate is counter-productive, although (very much) human and understandable.

But concerning violations by pedophile priests, those very ones self-proclaimed God’s representatives, the victim’s pardon is virtually impossible because the scars of such atrocities are imprinted in their psyche, the immeasurable stealing of innocence will mark them for a lifetime.

So, there’s no sense in the pope’s pardon plea, especially as he and the Church itself did their utmost to conceal and protect from legal punishment and from public scrutiny the authors of such felonies, not rarely by merely transferring them to other parishes, where many of them resumed their unspeakable crimes.

Abusing two hundred (!!) deaf boys in Wisconsin, US, the violations going on for years, kept secret for over thirty years in Ireland, with the disgusting connivance of the An Garda Siochana, whose big guys by the time considered more important to save the (false) image of the Church than protecting the children.

The pope is to blame because, as the Church’s maximum authority, he did nothing to fight sin, the worst of them all, not listed in the Ten Commandments, but should be the very first, “Protect the children above all.” German reverend Peter Hullermann is alleged to have molested children ever since 1970, and was only sent to another archdiocese, keeping in touch with children.

Solely in the US since 1990, the Church has paid about US$2 billion in compensation, a rather huge amount which, not withstanding, won’t ease their suffering, nor will heal the scars in the victims’ personality, and far less, buy their forgiveness.

Ratzinger has always shown a monolithic hardness, the impenetrable look, his speeches of intolerance mismatching the divine word, aware that Jesus was himself was considered by men a transgressor – which doesn’t mean, absolutely, and evildoer. He, who coined the beautiful phrase “Let the children come to me”, was betrayed by Ratzinger and his minions with more turpitude than Judas.

The anachronism of celibacy is undoubtedly, in good measure, the cause of these monstrosities, the result of trying to tame one of the strongest, most powerful human instincts, if not the main one – sexual.

Do whatever you want, keep tied in your dogmas, hidden under your false chastity, condemning homosexuals, while a big figure in the pope’s House in the Vatican had a choir member intermediating encounters for him with big, tall, strong boys.

No one intellectually fair cares or looks down on priests who have adult homosexual relationships. But molesting children, definitely not!

There’s no excuse for such acts, pedophilia is even more abject than rape, and any woman shall certainly understand this, as well as every true man. Men who have no need to affirm their virility feel empathy for women, respecting their bodies as the real monk venerates the shrine.

Aggressions of this kind to kids very likely belong to mental illness terrain, which does not lessen the seriousness of those crimes.

Damn the cursed Christian conservatives, but don’t come defend forgiveness to the headsmen of innocence. The hell with Ratzinger and his absolute truth, his hypocrisy concealed under the cassock, his “goodness” resumed in “support” statements to the victims of Acts of God, when the real catastrophe takes place under his accordance.

As sincere as might be the regret of those cassock criminals, this is, perhaps, the only pardon literally impossible to concede.
©Luiz Leita~o, journalist, Sa~o Paulo, Brazil