More than 6,000 people joined happily to have a breakfast on Australia’s iconic landmark Sydney Harbour Bridge Friday morning, the largest ever breakfast on a bridge in the world.

The bridge unique production is a new event introduced as part of Crave Sydney, a new celebration of Sydney’s unmatched way of life with 31 days of food, outdoor art and fun during the month of October. 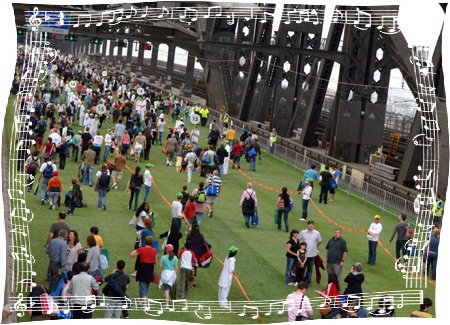 This is the first time that we have organized such a big breakfast on the Harbor Bridge, but not the last. We plan to have another one next year, probably with even bigger scale.

The 6,000 picnickers brought hampers full of fruit and croissants, while freshly baked breads and jams, apples and yogurt were also served by around 150 volunteers.

I’m very luck to be picked from nearly 200,000 people who wish to join this fun. I got up at 4 o’clock to prepare the breakfast which I wish to share with others, and to show how delicious foods.

According to one of the organizers, the total cost of the event was about 1 million Australian dollars (920,000 U.S. dollars). Around 40 percent of the 10,620 sq meters of kikuyu turf laid down for the event will be transferred to parkland at Sydney Olympic Park. The rest will be sold by the supplier to the community. 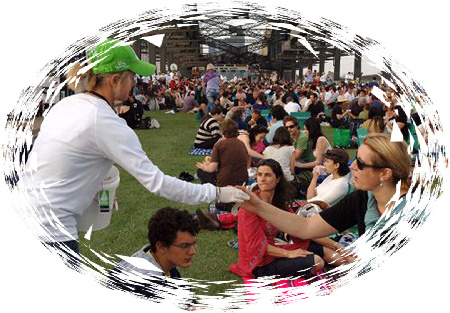