The U.S. Treasury and the Federal Reserve on Thursday unveiled a set of rules to slash excessive executive compensation in a move to comfort the furor over executive pay at companies bailed out with taxpayer money.

According to the order released by the Treasury Department, seven firms that received the most federal aid, namely Bank of America Corp., American International Group Inc., Citigroup Inc., General Motors, GMAC, Chrysler and Chrysler Financial, will be forced to slash their compensation to 175 highest-paid employees.

The cuts will apply to the 25 top earners at seven companies, with on average cut total compensation this ear by about 50 percent. Meanwhile, the cash salary for affected executives will go down by an average of 90 percent.

Any executive seeking over 25,000 dollars in special perks, such as private planes, limos, company cars or country club memberships, would have to receive particular scrutiny.

The seven firms have received a total of about 250 billion dollars in bailout funds from the Troubled Assets Relief Program (TARP), which was approved by the Congress last year. Other companies and those that have repaid the bailout money, including Goldman Sachs Group Inc. and JPMorgan Chase & Co., are not affected by the plan.

The decision was made by Kenneth Feinberg, the special master at Treasury appointed to handle compensation issues as part of the government’s 700 billion financial bailout package.

According to the plan, the form of the pay will be changed to align the personal interest of the executives with the longer-term financial health of the firms.

Feinberg, the so-called U.S. pay czar, said that the government did not want to make executives return compensation already received this year, but the reduced pay levels will be the base for making decisions on salary in 2010.

Treasury Secretary Timothy Geithner praised Feinberg’s efforts.” Ken Feinberg has done a commendable job of applying the strong compensation standards of the Congressional legislation to the companies that received exceptional assistance from the government,” he said in a statement. 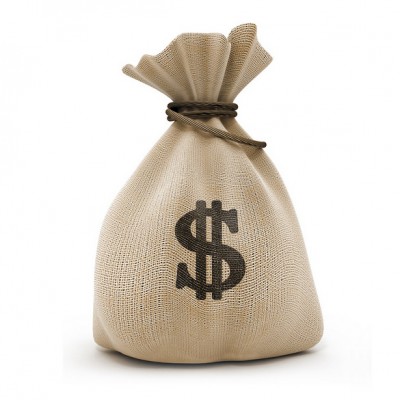 “We gave him the difficult task of cutting excessive pay, striking a balance between compensation and risk taking, and keeping strong management teams in place to help the companies recover — all in the public interest,” said Geithner.

“We all share an interest in seeing these companies return taxpayer dollars as soon as possible, and Ken today has helped bring that day a little bit closer,” he added.

Earlier Thursday, the Federal Reserve issued a proposal to curb incentive compensation at banks to ensure they will not “undermine the safety and soundness” of their organizations.

Unlike the Treasury plan, the Fed proposal would be more aggressively, covering thousands of banks, including many that never received a bailout.

The proposal includes two supervisory initiatives. The first one, applicable to 28 large, complex banking organizations, will review each firm’s policies and practices to determine their consistency with the principles for risk-appropriate incentive compensation set forth in the proposal.

Second, supervisors will review compensation practices at regional, community, and other banking organizations not classified as large and complex as part of the regular, risk-focused examination process.

These reviews will be tailored to take account of the size, complexity, and other characteristics of the banking organization.

“The Federal Reserve is working to ensure that compensation packages appropriately tie rewards to longer-term performance and do not create undue risk for the firm or the financial system,” he added.

Flaws in incentive compensation practices were one of many factors contributing to the financial crisis.

Inappropriate bonus or other compensation practices can in cent senior executives or lower level employees, such as traders or mortgage officers, to take imprudent risks that significantly and adversely affect the firm, said the U.S. central bank.

“I believe he has taken an important step forward today on curbing the influence of executive compensation on Wall Street while still allowing these companies to succeed and prosper,” Obama said at the White House.

“We don’t disparage wealth, we don’t begrudge anybody for doing well. We believe in success,” said the President. “But it does offend our values when executives of big financial firms, firms that are struggling, pay themselves huge bonuses even when they continue to rely on taxpayer assistance to stay afloat.”

Feinberg’s four-month effort to curtail pay is one of the most visible ways the U.S. government has become intertwined with the private sector since the crisis began, said an article carried by The Wall Street Journal

“There’s definitely never been anything like this where a government sets pay for a company that’s publicly traded,” said J.W. Verret, a corporate law expert at George Mason University.

However, some also complained that government’s interference in the free market will hurt the companies, which might loose top executive talent to competitors due to the sharp pay cuts.

An executive at one of the seven firms was quoted by the U.S. media as saying that the terms came as a shock, especially because they changed so suddenly.

The compensation restriction “were clearly much worse than what had been anticipated,” he said.

Many firms declined to comment, as GM and Chrysler only stated that they will continue to work with Feinberg in developing new compensation plans for their executives.