A US researcher found an explanation to the renowned sighting of an unidentified flying object in the USSR, which took place 25 years ago.

It was an outstanding event for the Soviet Union. One of the nation’s central state-run newspapers published an article under the headline “At 4:10 Sharp.” The article described the events, which took place four months before that and published official documents proving that the pilots of two Soviet jets were observing an unusual flying object in the sky. The story attracted major attention in the whole nation and abroad; nearly all foreign newspaper reprinted it.

Aeroflot’s Tu-134 passenger jetliner was flying en route Tbilisi-Tallinn on September 7, 1984. At 4:10 a.m. the plane was flying above Minsk, the capital of present-day Belarus. Second pilot Gennady Lazurin suddenly saw a yellow spot in the sky. The next moment he saw a bright beam of light shooting out of the spot. The beam turned into a cone. Two more cones appeared near the strange object afterwards. The object ascended towards the jetliner. The crew could see the spot surrounded with concentric circles. In an instant, the spot turned into a green cloud.

It seemed to the second pilot that the spot was distancing from the plane. Igor Cherkashin, the captain, decided that the object was nearing at high speed. When the cloud stopped near the plane, the crew could see lights flashing inside it. Afterwards, the cloud took the shape of a wingless plane. Crewmembers thought that the object was teasing them. The cloud was flying in a parallel line to the plane, about 50 kilometers afar. Gennady Lazurin was making sketches of the strange phenomenon.

The crew reported the incident to flight control officers. Another plane en route Leningrad-Tbilisi was flying towards the Tu-134 jetliner. A flight officer, who received the message about a strange object in the sky, contacted the crew of that other plane, which was flying in the same area with the Tu-134 jet and asked them if they could see something strange in the sky. 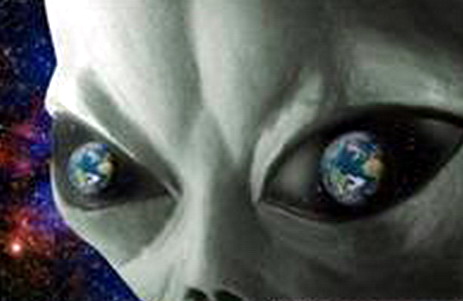 “The officer asked me to look to the left and up. I said that I could not see anything there. However, in a minute or two we saw a luminous object in that direction. It was a cigar-looking object with three beams of bright light coming out of it,” Yury Kabachnikov, a crewmember said.

The incident produced a sensation in the Soviet Union and in the whole world after the Trud newspaper published an article about it on January 30, 1985. The article was titled “At 4:10 Sharp.” The whole circulation of the newspaper was snatched up within a couple of days. People were making copies of it to share the information with everyone.

Many prominent ufologists in the USSR and in foreign countries studied the Minsk UFO sighting phenomenon, but all of them were perplexed about it.

The article led to serious consequences for the editor-in-chief of the Trud newspaper: he was fired.

“The publication of “At 4:10 Sharp” article in the Trud newspaper shall be considered wrongful and harmful,” an official statement from the authorities said.

What happened in the sky above Minsk 25 years ago? A well-known US journalist and researcher James Oberg, a former NASA employee, studied the phenomenon and discovered that many people in Sweden and Finland witnessed a similar phenomenon in the morning of September 7, 1984. Many eyewitnesses pointed the direction of the weird lights in the sky. Oberg mapped the directions, and saw that the lines crossed somewhere above the Barents Sea.

There are hundreds of kilometers between Sweden and Moscow. However, the pilots said that they could see the luminous cloud only several meters far from them. When Oberg studied the sketches made by second pilot Gennady Lazurin, the researcher concluded that the pilot’s description of luminous spots, clouds and concentric circles coincided with the light phenomena observed during night launches of ballistic missiles. Therefore, the pilots of the two planes could observe the reflection of a ballistic missile launch. Was it a secret launch from a Soviet nuclear submarine?

But why did the pilots say that they could see the flying object near their aircraft? Oberg believes that it is impossible for a human being to determine the distance to an object without the knowledge of the object’s real size. Pilots usually minimize the distance because it is better for them to think that an unidentified object is closer than it may seem, in order to be able to avoid collision.

As for the rumors about the death of two pilots of the Leningrad-Tbilisi flight, which occurred soon after their encounter with the UFO, one of them died of cancer soon afterwards indeed. However, no other pilot, not to mention any passengers, had any complaints. Most likely, the two pilots were exposed to radiation somewhere else. 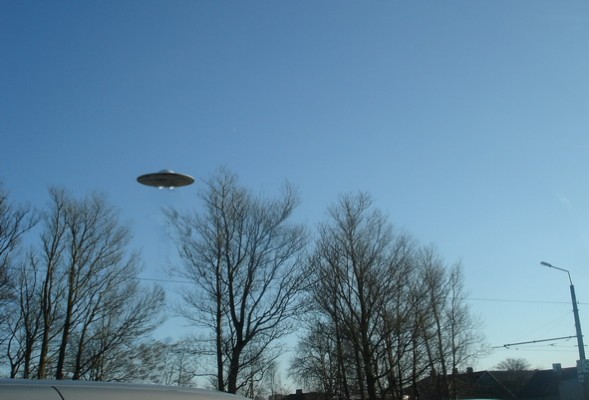