A real tragedy is happening on the shores of the Black Sea. Dolphins throw themselves out onto the shore almost every day.

Local residents are convinced that a horrible ecological conditions of the sea is the reason.

However, scientists from a Crimean laboratory in Brem who have been monitoring the situation for nearly 20 years explain that the brains of suicidal dolphins are infected with morbillivirus infection.

The infection causes them to lose special orientation and strength. We know very little about the animal world.

Rodents will not turn down a piece of cheese but if they had a choice, they would always choose food high in sugar, like chocolate. This was proven by scientists from a Massachusetts University.

Myth 2. Rattle snakes make a cracking sound before an attack.

A hissing or a cracking sound is a warning signal a snake gives to an animal or a human. It means that the snake is very close and may not have enough time to escape. If the snake attacks, it does it in silence.

Myth 3. Cats meow to communicate with other cats

Not at all. Cats designed their “language” specifically for their owners due to their high intellect. By meowing they let people know what they want. Communication with their own species, cats “speaks” in a language people are unable to hear.

Myth 4. Sheep are the dumbest animals

In reality sheep are capable of gaining knowledge and can remember tricks.

Sheep are able to recognize their shepherd, dogs, and members of their own herd.

They also have a very good special orientation. It looks like sheep are smarter than dolphins.

South African scientists proved that the largest part of a dolphin’s brain consists of glial cells that are responsible for temperature regulation, and not neurons responsible for the intellect.

Myth 5. Sharks have most teeth

Snails have the most teeth. A “grater” located in a snail’s mouth consists of 25 thousand teeth. Although sharks have bigger teeth, they only have approximately three thousand of them.

Until recently, even scientists believed it to be true. However, the experiment conducted by American scientists proved that dogs have color vision.

Dogs’ eyes are not sensitive to red and orange colors, but can tell yellow-green and blue-violet tints.

Myth 7. Wolves haul at the moon

Wolves do haul, but regardless of the moon. They haul both to call other wolves for hunt and during hunting.

Myth 8. Elephants have the thickest skin

Elephants have thick skin on the back and sides only. Their skin on other places is no thicker than human’s skin and they can feel a touch. Elephants easily get sunburns .

Myth 9. Zebras cannot hide well because of their bright pattern.

Zebras have group disguise methods. When a herd of zebras is running, they look like a large gray spot and predators cannot focus well.

Myth 10. Frightened ostriches hide their heads in the sand

In reality, endangered ostriches get on top of their nests and lower their heads, but never bury them in the sand.

This posture is intended to make predators think that an ostrich is a bush or a dangerous termite mound. They lean to the sand only to swallow some stones that help digest their food. 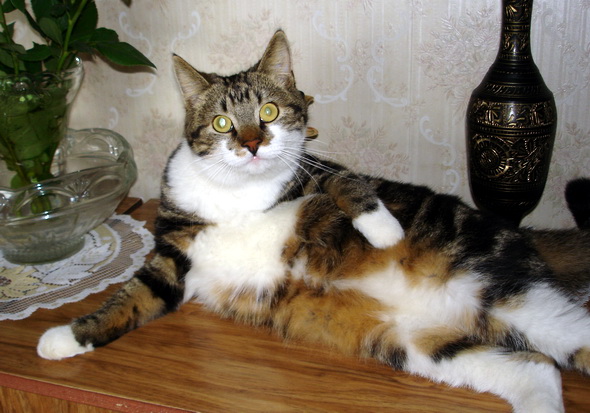