U.S. President Barack Obama would stick to his plan to withdraw troops from Iraq, said a White House official on Wednesday.

White House spokesman Robert Gibbs told a press conference that the U.S. command has informed the president of their intention to keep the deadline of withdrawing troops from Iraqi cities, towns and villages next week, despite a deadly bombing attack earlier on Wednesday in a Baghdad market.

Asked whether Obama would take any second thoughts about the pullout, Gibbs said “No, No.”

He noted that the president has had and would have more meetings to ensure “we’re making sufficient political progress on the ground.”

“(The U.S. command in Iraq) General Ray Odierno has mentioned that we have seen violence greatly decrease even in the past many months from what it was, and he feels confident in moving forward,” said Gibbs.

Iraqi Prime Minister Nuri al-Maliki announced earlier on Wednesday that the day of June 30, the deadline for the U.S. troops to withdraw from Iraqi cities and towns, is a public holiday.

He has also described the day of U.S. troops’ pullout a “great victory” and called on Iraqi people to celebrate the event.

“It is a great victory for Iraqis as we are going to take our first step towards ending the foreign presence in Iraq,” Maliki told a conference in Baghdad on June 20.

However, he warned that militant groups will work hard to step up attacks to reverse security gains, calling on Iraqis to unite to stop them.

Latvia and rally by of ultra nationalists. 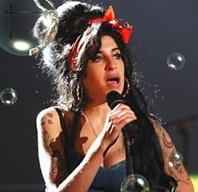