Developers and manufacturers of microelectronic components increasingly question the future of Bluetooth technology. Despite the fact that Bluetooth devices account for a significant market share, the future of this technology is rather obscure. More advanced Wi-Fi with its enormous potential is a direct threat to Bluetooth, and may soon replace it completely.

Bluetooth issue was raised again at the ETRE 2009 in Paris. The manufacturers are confused as they cannot define their priorities or choose micro schemes to bank on.

The reason for this confusion is an incredible growth in the demand for Wi-Fi chips. Wireless networks are being implemented in all areas of electronics, including devices like refrigerators and vacuum cleaners. Mass expansion of Wi-Fi into mobile phones is expected in the near future, when this protocol will replace all other means of communication with a computer. 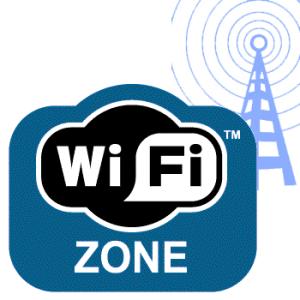 At the conference, several large manufacturers of microelectronic components stated that they will significantly reduce manufacturing of Bluetooth chips and will redesign their plants for Wi-Fi segment.

At the same time, sales of Wi-Fi micro schemes continue to grow. This year every electronics plant manufactured approximately one million chips, and in 2010 the output would have to be increased fivefold to meet the demand.

Bluetooth won’t be able to compete under these circumstances. ETRE 2009 participants had to acknowledge that Bluetooth is dying out. The best future it can count on is its utilization in specific areas where the protocol can hit its stride.

Another technology with an uncertain future was discussed at the conference. WiMAX ( Worldwide Interoperability for Microwave Access) , a networking system, took off in Russia, Australia, South America, and the Middle East. European launch of WiMAX did not meet the expectations of the manufacturers, which caused certain disappointment.

Representatives of Intel Corporation strongly disagree with this evaluation. In their official statement they said that 460 global commercial projects in 135 countries are based on WiMAX. They expect that by the end of 2010, approximately 700 million people will use this type of wireless networks. This proves wrong those who call this technology “dead.”