News about swine flu epidemic has spread all over the world. The mutant virus continues to kill people. The number of victims will soon pass from tens to hundreds. Governments insistently advise their citizens to refrain from travelling to Mexico where the infection supposedly came from.
Quotes from Vanga’s prophecies about Third World War have grown popular in Russian blogs. “The war will begin in November 2010 and will end in October 2014. It will begin as a conventional war, then nuclear weapons will be used and then chemical weapons”, people repeat the words of the renowned fortune-teller.
An expert and political consultant Sergey Markelov who had been to secret laboratories in Latin America told Aif.ru in an exclusive interview which could be the reasons that made the virus appear and whether swine flu might be connected with biological weapons.
“There are two traditional versions for global infections to appear. The first one is a natural mutation of a virus, which takes place without the interference of man. The second one occurs when a virus appears as a result of the external factor, for instance, it may leak from secret laboratories.”
“ How did swine flu appear, in your opinion?”
“As a doctor and a political scientist, I believe there was a leak from laboratories where biological weapons were developed. This will never be known for sure, but such laboratories were probably working on swine flu. Now this version is concealed.”
“What do you know about the development of biological weapons?”
“These weapons are being permanently developed, but we know barely a thing about it. The previous stage was a scandal over bird flu in China .”
“In which country can swine flu labs be located?”
“They could most likely be located in Mexico, where the CIA might be conducting its secret experiments. Mexico belongs to the group of Latin American states where many secret laboratories always existed.
“I have been there on a mission as a doctor. In the depths of the forest, there were thousands of laboratories. Many of them have become hotels now – I lived in such a hotel. We looked laboratories around, but it was not clear, whether scientists studied infections there.”
“What do these buildings look like?”
“On the outside they are completely made of wood, on the inside they are very well equipped. They are built on four or five-meter high hills. The buildings are completely adjusted for the jungle: they are protected against mosquitoes and wild animals.”
“How many people can work in one such laboratory?”
“About 30 or 40. I believe that experiments are carried out there on the animals that can be found in the country. It is unlikely that the test animals are delivered from abroad.”
“Can the news about the virus be spread in order to distract attention from the global crisis?”
“Yes, sure, from the point of view of the information war. The current world news is basically about either swine flu or the economic crisis.”
pravda 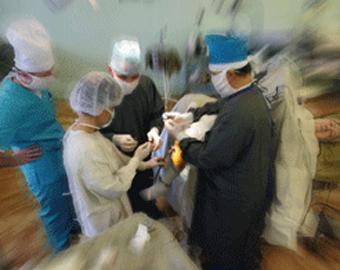